What’s on the menu? New regulatory tools to promote geographical coverage of innovative services in telecoms 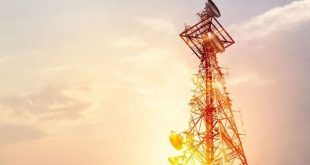 World War 3: Chinese telecoms company hits back as US considers banning its services 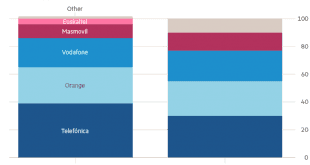 Pain in Spain for telecoms groups as competition heats up 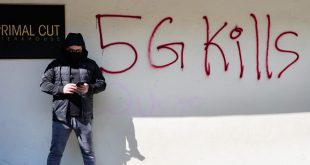 A high-speed internet connection is crucial both for businesses to function effectively, and for individuals to enjoy the opportunities that being online brings, as consumers and as citizens. David Henriques, a Visiting Fellow here at the LSE and Senior Associate Economist at Ofcom, discusses the reasons for under-investment in fast broadband services, and the regulatory incentives that might be able to change that.

High-speed broadband for all

Browsing, downloading, uploading, streaming TV shows, movies and music, among other functions, become more enjoyable with high-speed broadband. A key concern for Europe and the US has been the timely rollout of innovative high-speed broadband services. The European Commission has a target for all European homes to have access to a download speed of at least 100 Mbps by 2025 (see here), while the Federal Communications Commission set out a goal for all [US] Americans to have access to affordable, high-quality broadband (see here). These high-speed services have the potential to offer considerable benefits to businesses, enabling them to remain or become more competitive, allow consumers to benefit from advanced online services that improve their quality of life, and induce significant growth across major economic sectors (see here). Also, in Europe the widespread availability of high-speed broadband is considered a key enabler of the digital internal market.

To invest or not to invest? The nature of under-investment in geographical coverage

Fibre optics is one of the fastest technologies for content transmission (both downloading and uploading) allowing for significantly faster and wider transmission of information than current copper-based networks. However, in a number of countries the private sector has been reluctant to invest in a large-scale deployment of Next Generation Access Networks (NGA), namely fibre-based networks, to deliver high-speed broadband services to consumers.

Academic studies on performance compensation suggests that paying on the basis of output has important incentive effects inducing agents to supply more output. For example, Fernie and Metcalf (1999) found that when payment is contingent on performance, jockeys perform better than when payment does not depend on performance. Lazear (2000) found that, in a large auto glass company, paying on the basis of output rather than hourly wages had an effect on average levels of output per worker in the range of a 44% gain. Shearer (2004) found that tree planters in British Columbia have a 20% productivity gain when paid per tree planted compared to fixed wages.

The lessons from the performance compensation studies go beyond the relationship between firms and workers and can be extended to regulators and regulated firms. Menu regulation is an incentive mechanism that embeds the rationale of compensation on the basis of output in which regulated firms are offered a choice of regulatory contracts. The aim of menu regulation is to encourage firms to adopt a certain behaviour aligned with the regulator’s objectives, e.g. to promote more investment in innovation. Examples of menu regulation in mobile telephony in Europe can be found here and here, where regulators have proposed and implemented coverage obligations in spectrum auctions resulting in less expensive licenses for firms in exchange for wider mobile coverage.

But can performance compensation also help regulators to tackle under-investment in NGA? Some recent academic studies looking at the impact of access regulation on coverage suggests that the answer is positive. For example, Flacher and Jennequin (2014) compared different regulatory regimes in terms of geographic coverage and welfare levels and showed that coverage, number of users and social welfare will be highest with regulation of both infrastructure deployment and access price. Henriques (2011), Sauer (2012), and Henriques (2018) studied applications of menu regulation where the access price per consumer for an innovative service such as superfast broadband provided by a regulated firm is a function of its geographical coverage (indexation approach). This set of papers showed that, under certain conditions, the indexation approach can simultaneously induce the firms to set lower retail prices and lead to wider geographic coverage of innovative services and higher social welfare than a fixed access price. However, the latter study also acknowledged potential difficulties in the practical implementation of the indexation approach because, for example, of asymmetric information between regulator and regulated firms.

Bringing menu regulation to the table

Rate‐of‐return regulation was used in the US in the late 19th and much of the 20th century to regulate prices of utilities by setting price‐caps based on firms’ actual costs. It was primarily employed due to its long‐run sustainability and flexibility in response to changes in the firmsʹ conditions. However, Averch and Johnson (1962) suggested that a firm under rate-of-return regulation fails to minimize costs of production. This type of regulation was gradually replaced from the 1980s by “incentive regulation” where the regulator sets price-caps based on expected cost information, rather than on actual costs. Incentive regulation is employed nowadays in Australia, Europe, the US and some Latin American and Asian countries.

Switching from copper to fibre-based networks has raised challenges likely to persist in the years to come, and menu regulation for fibre-based networks is a potential tool of interest for many regulators across the globe. The availability of information on regulated firms’ expected costs made incentive regulation possible. The development of new technologies such as artificial intelligence combined with the widespread availability of data may diminish the information asymmetry between regulator and regulated firms. There is, thus, hope that new technologies can bring menu regulation and other sophisticated regulatory tools as real options to the table of decision-makers.

The analyses, opinions and findings in this article represent the views of the author and should not be interpreted as an official position of the LSE Media Policy Project blog, nor of the author’s institutions of affiliation.


Source link
Previous Du offers new roaming bundle for summer
Next How to get 5G coverage, what is the price and how is it different to 4G?

The MarketWatch News Department was not involved in the creation of this content. Liberty Global …