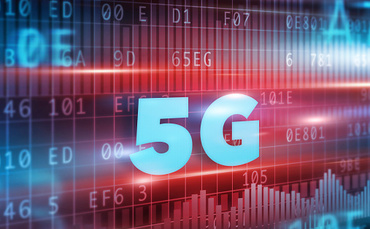 Networking VARs face opportunity around LTE and 5G as telecoms develop 5G capabilities, according to Synnex

During a keynote at the Varnex Spring 2018 Conference in Indianapolis, IN this week, Tim Acker, Synnex’s VP of connected solutions, noted the growth of mobility resulted in just over $20 million in payouts to resellers last year, due to payments based on activations on the network. He said this space is a large source of profitability and competitive advantage for channel partners.

According to Acker, LTE is increasingly becoming the norm and is a “pervasive” business for the distributor. He pointed to growth in the enterprise space for Synnex channel partners as end users in railroad, transportation and logistics connect thousands of devices to LTE networks amid the growth of the Internet of Things (IoT).

“We’re seeing in this explosion of IoT that a big percentage of those are driven on cellular networks and namely LTE. About 40 percent of IoT deployments are actually going via LTE… That creates a lot of opportunity, and we think that half a million [mobile] devices that we activated last year is just a good start for what we’re seeing in terms of growth this year.”

The exec also encouraged VARs to embrace 5G, noting Synnex’s Varnex reseller community is “a little bit under-indexed” as it relates to some of these technologies.

“If you’re a networking VAR, embrace that because delivery of networks is going to look a lot different. That is game-changing technology. It’s very real, it’s happening. You’ll see commercial deployment. There’s a lot of money to be made,” Acker said.

In an interview with Channelnomics, Acker said the countless typical consumer use cases around 5G, such as autonomous cars, are translatable to the B2B space.

“If you think of the premise of fiber-like bandwidth, fiber-like latency over a completely wireless network where you’re not tethered, that creates tremendous opportunity,” he told Channelnomics.

“That’s an important technology that’s going to vastly disrupt traditional networking. It’s important that VARs are keeping an eye to that and understanding the implications of how their network is going to change.”

And while 5G is still in trials, there is a way for resellers to get in on the ground floor today, Rob Moyer, VP of cloud, mobility and IoT, pointed out.

“They ought to jump into LTE now because the refresh cycle will be 5G,” he told Channelnomics.