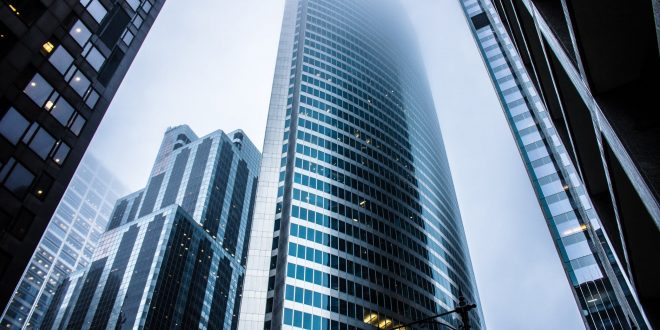 It’s hard for many to conceive of a world without little bits of paper that we today denote as currency. In fact, money is so ingrained in society that we’ve come up with hundreds of slang terms around the world to describe the stuff. In the US you might hear the term “Benjamins”, “Dead Presidents” or “Greenbacks”. Can you guess which countries gave birth to “Bucks”, “Clams”, “Loon”, “Dough”, “Shtuka”, “Two Bob” and “Moola” when it comes to describing money?

During the Great Depression in the 1930’s, “Clams” were issued by local merchants in Pismo Beach, California to cope with the collapse of the economy.

Money is important, if not central to commerce in society, but when presented with the concept that cash might disappear or that the use of physical currency is in decline, you will get passionate responses from large swathes of the population diametrically opposed to even the thought of such a shift. When a new crypto-currency like Bitcoin emerges you’ll likewise have those that are passionate in their belief that Bitcoin will replace all existing currencies on the planet and totally eliminate the need for a conventional banking system, as opposed to those who think Bitcoin is purely an instrument for geeks and/or criminals who want total cross-border anonymity for their transactions. Despite all of this, the fact that escapes many in this debate is that hard cash is actually a relatively new concept in the modern world.

The Recent History of Banknotes 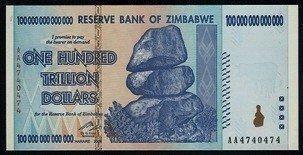 It wasn’t until 1861 that the US government started to print it’s own banknotes, preceded by the First Bank of the United States which issued private currency starting in 1791. Prior to the US, in 1696, that the Bank of Scotland issued the first banknotes for Great Britain — today Queen Elizabeth II, the second longest reigning head of state (behind Thailand’s King Bhumibol Adulyadej), holds the record for the most countries that issue currency carrying her image or likeness. Back in those early days it was actually most common for small communities to start their own banks and for those banks to issue their own currency — sounds suspiciously like Bitcoin if you ask me. Over time centralization of currencies became more efficient for trade and commerce, and thus you also have the emergence of ‘central banks’ who could issue a currency respected across the community.

Prior to the use of banknotes, there were of course coins. Before coins you might imagine that barter was the primary mechanism to enable trade, but there were other forms of currency that existed thousands of years ago that were a good proxy for the notes we carry around in our wallets today. The earliest recorded such currency from 3000 BC was called a “shekel”, which carried the distinction of being both a measure of weight and an early form of currency. Shells were used by many nations in the Americas, Asia and Pacific. The Ancient Greeks, however, were the first to mint actual coins back around 600-650 BC, and by the 1st Century such coins were increasingly the most standard form of monetary value exchange around the world. 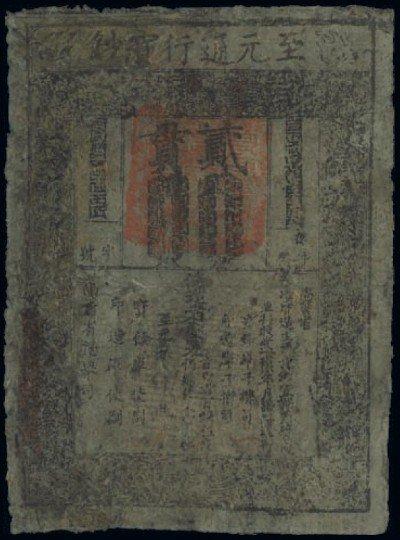 Today Bitcoin is emerging as a type of next generation currency, and while classifying Bitcoin as a currency is the most logical characterization for the public at large, it is by design something that has been designed to be more efficient than traditional currency, and at times resembles more closely something like the “shekel” or Gold in terms of mechanics or valuation. The problem money faces today is that it is not particularly efficient for the types of commerce that is emerging.

With the exception of just a handful of countries like Japan, Thailand, and Bangladesh, e-commerce has never really worked based on cash. While Japan has the highest mobile payment penetration in the world, the country has actually seen an increase in the use of hard cash in recent years because of popular “cash on delivery” e-commerce businesses that have grown there. When it comes to most economies in the world, however, suppliers and businesses want to get paid before they ship your goods to you — you can’t imagine Amazon sending out a package to you hoping you’d pony up the cash once it lands on your doorstep. Herein lies the problem, paying with cash over a mobile phone or via the internet doesn’t work — cash is tangible, but not very transmissible, especially in paper form.

As a result of the use of plastic debit cards, mobile payments and the like, cash use peaked in countries like the UK, Australia and the US last decade. Cash today accounts for just 34% of the total value of consumer spending globally, and while non-cash payments are highest in the developed world, as mobile payments and mobile bank accounts emerge, the use of hard currency will only decline more rapidly.

At this point you might be thinking “cash will never disappear”, and while the complete disappearance of cash in most modern economies is still unlikely this side of 2025, looking out to 2050 there is not as much certainty. Here is what you should remember if you’re trying to wrap your head around a world without physical money.

The use of paper money is relatively recent in society, it was deployed to make trade and commerce more efficient and to standardize value systems in the countries and communities it existed in. Today’s world is characterized by a global community, one where commerce is now transacted in ways the Greeks, Chinese and early Bankers could never have conceived of — via the Internet.

The Internet of Money or the Money of the Internet?

The emergence of the Internet was the first nail in the coffin of cash, because it would create demand for electronic payment systems that allowed you to pay specifically without the need to be in the same physical location as the merchant or retailer. Plastic cards emerged as the fastest method of retail payments over the web and in-store too, but for larger transactions and trade, debit cards didn’t allow the flexibility or transaction capability required. In fact, bank-to-bank transfers, which should have got significantly easier with the birth of the Internet, became increasingly restricted due to money laundering concerns and later due to terrorist financing controls. The problem is that at a time when trade and commerce were looking for more efficient mechanisms to pay, banks and governments were seeking to make such more traceable and in doing so were adding friction into the trading environment. In a system seeking efficiency, adding friction back into payments and authentication of payments, would lead to a showdown. 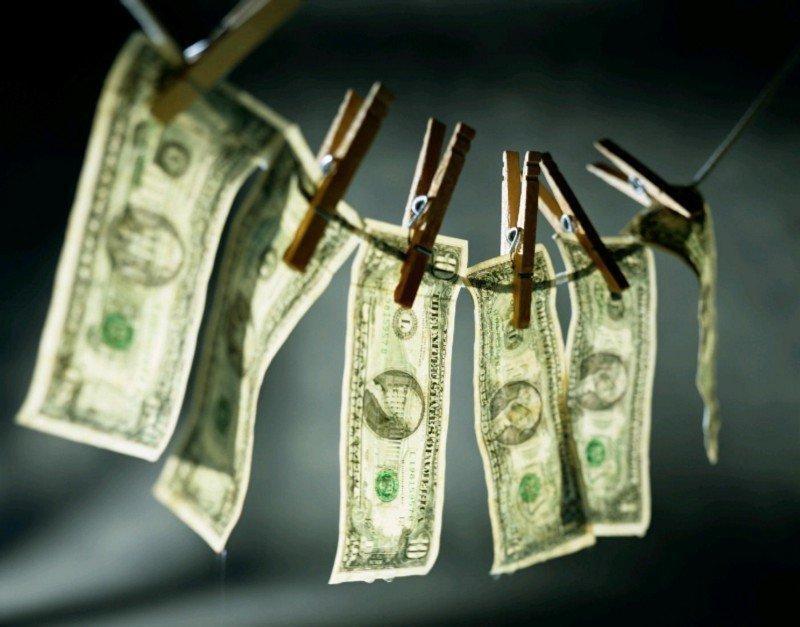 Concerns over Money Laundering and Terrorist Financing have made the transmission of money across border more painful than it needs to be.

Bitcoin has emerged as a virtually frictionless method of value exchange across international borders. While there is still friction in cashing-in and cashing-out of the Bitcoin economy or marketplace today, Bitcoins have emerged for exactly the same reason paper money emerged back in the 17th and 18th centuries — to standardized a method of exchange and to facilitate commerce more efficiently.

As the geographical barriers to retail commerce are lowered, and businesses seek reach further afield, new and more efficient ways of paying for goods and services are emerging on top of the IP commerce layer. As the mobile phone replaces our plastic cards, the difference between a digital instance of the US dollar and Bitcoins will be arbitrary. The only question will be what benefit does a Bitcoin offer it’s users to US dollars or the Euro? In the short-term volatility of Bitcoin and difficulties in trading the crypto-currency due to uncertainty and lack of regulation is still limiting broader adoption, but that is a hurdle that thousands of people around the world are actively trying to solve. Some have called Bitcoin the “Internet of Money”, but the more correct classification is probably “Money borne of the Internet”.

While plastic cards allow for access to your local bank account at virtually any merchant, the restrictions around establishing a bank account to get that piece of plastic are increasingly erroneous, leading to greater financial exclusion. The restrictions on larger transaction sizes due to bank rules and government regulations also means that friction is forcing markets to find more efficient work arounds. As cash use is used just for a remaining, small percentage of face-to-face transactions, it will be less sticky as a form of monetary exchange generally.

The imperative for electronic payments is extremely high, as is the need for both consumers and merchants to see changes in their bank accounts reflected in real-time when commerce takes place. This is a world where a new agreed value exchange mechanism could emerge that is vastly superior to cash based on arbitrary geographic boundaries — instead the new world of commerce might find a new globally relevant currency, with very low friction of movement.

Paper money is a relatively new invention. It was created to standardize value exchange within the community, and to make trade more efficient. Those same forces have created the need for more efficient forms of payment and more relevant currencies today. If not for those needs then Bitcoin would never have emerged, just as paper money would not have emerged without clear drivers back in the 17th century. Today paper money can still compete, but in an increasingly digital world, it might very well find itself outclassed by new, more efficient methods of payments in the form of mobile phones, lower friction transmission mediums and more relevant global community value exchanges like Bitcoin.

Don’t throw out that leather wallet or your ‘dead presidents’ just yet, but just the same now would be a good time to start figuring out how to pay with your phone at your local Starbucks.

Brett King is a widely recognised top 5 FinTech influencer. He is a futurist, an Amazon bestselling author, an award winning speaker, hosts a globally recognized radio show (Breaking Banks), is the CEO of Moven, and in his spare time enjoys flying as an IFR pilot, scuba diving, motor racing, gaming (mostly FPS) and Sci-Fi. He advised the Obama administration on the Future of Banking, and has spoken on the future in 50 countries in the last 3 years.

Breaking Banks, #1 show on VoiceAmerica Business, is the leading global fintech podcast with more than 5.5 million listens from 172 countries. Breaking Banks broadcasts, are live every Thursday at 3pm EST in NYC on 1160AM WVNJ Radio and globally via VoiceAmerica’s Business Channel.

His latest book Bank 4.0: Banking everywhere, never at a bank will be shortly released on Amazon.