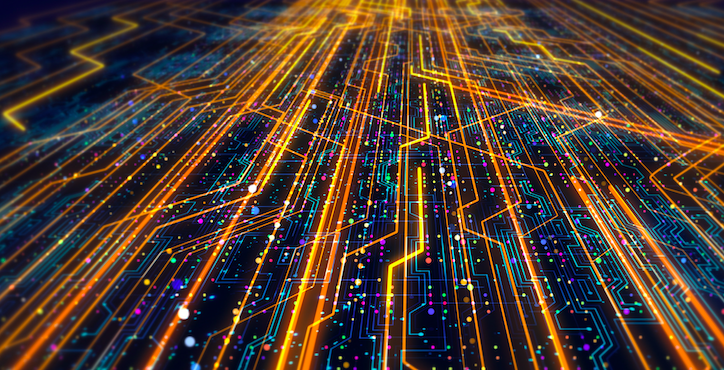 The mobile virtual network operator TracFone is in the early stages of offering a SmartSIM program in the United States. TracFone subscribers will be able to insert a SIM card into their mobile phones, and then they will automatically be connected to the best wireless service wherever they are without any interruption.

Analyst Jeff Moore at Wave7 Research was the first to notice some marketing about SmartSIM. Two separate TracFone brands – StraightTalk and SimpleMobile – sent marketing emails that provide a short video about SmartSIM, saying “What if there was a wireless brand that instantly connected you to the strongest cellular network? Our new SmartSIM plan takes the guesswork out of choosing the best service.”

Requests for comment from TracFone and its parent company Mexico-based América Móvil were not answered.

Service providers are concluding that automation is not enough to drive complete digital transformation. Complex decision making requires intelligent automation, machine learning, and AI, all of which are fundamental for controlling and operating communications networks of the future.

It appears that the SmartSIM program is in the early marketing phase, and that the service has not been commercially rolled out yet. The marketing video prompts interested subscribers to input their zip code to see if service is available in their areas. Zip codes for Los Angeles, Denver, Dallas, Miami and New York all resulted in a message that said “SmartSIM isn’t available in your area yet, get notified when it arrives.”

According to the site BestMVNO, which tracks MVNO subscriber numbers from public documents: TracFone counts 21.229 million total subscribers in the U.S. Of that, its Straight Talk brand accounts for 9.307 million; its SafeLink brand accounts for 2.228 million; and its other brands combined account for 9.474 million. The other brands include Walmart Family Mobile, Simple Mobile and Total Wireless.

TracFone already has MVNO relationships with all the big U.S. carriers: Verizon, AT&T, Sprint, T-Mobile and U.S. Cellular. And as far back as 2016, TracFone was known to shift its service to whichever network operator was offering the best wholesale rates at the time.

But its SmartSIM initiative seems to be different than just shifting from one wholesale provider to another based on the rates. SmartSIM looks like a technology-based play related more to dynamic roaming in order to offer seamless coverage for subscribers.

“This looks very much like TracFone bought/licensed the Google Fi core or something very similar and updated its agreements with various carriers to allow always on eSIM with on-the-fly network switching,” said Recon Analytics Founder Roger Entner. “This allows to optimize for least cost and/or best network coverage. Altice has something similar where they normally roam on Sprint but if Sprint has no coverage the phone automatically switches to AT&T.”

Google Fi is an MVNO service operated by Google that uses networks operated by Sprint, T-Mobile and U.S. Cellular. The service requires a Pixel smartphone.*

“Most carriers buy their core from a vendor,” said Entner. “Google built its own core. One of the critical components in there is that it allows an always-on eSIM with dynamic network switching, which is what TracFone says it will offer. Depending on where you are, it will pick the best coverage for you and switch it dynamically.”

RELATED: Dish could be the champion that eSIM has been looking for

Dish Chairman Charlie Ergen has said that if T-Mobile merges with Sprint and Dish becomes the nation’s fourth major wireless carrier, both Dish and T-Mobile have promised to support eSIM, which stands for embedded subscriber identity module. eSIMs are similar to SIM cards, but instead of being removable, they are embedded in the mobile device. Also, they can be updated with software, as opposed to being physically replaced. With an eSIM, mobile subscribers could potentially switch service providers whenever they want, without having to obtain a new physical SIM card.

According to TracFone’s video, it’s working with a removable SIM card. But whether it uses a removable card or an eSIM remains to be seen.

In any event, “This is an opportunity for MVNOs to be in a stronger bargaining position; it allows them to dynamically switch between networks,” said Entner.

He said that Google decided to build Fi because no telecom vendor provided a mobile core that offered multi-carrier support as well as eSIM. Google also had to build the Pixel phones that support Fi. It’s not entirely clear why Google built Fi – whether it really wanted to compete in the wireless space or whether it just wanted to show how some innovation could be done. Google hasn’t done a great job of marketing Fi, so the service is not very well known.

“It looks like Tracfone either bought it [Fi] or leased it,” said Entner. Or perhaps TracFone followed Google’s model, and is building something similar to Fi for itself.

*Correction: Google Fi works with a variety of phones in addition to the Pixel.