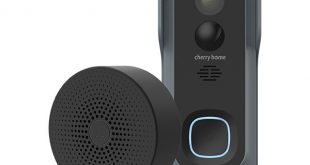 Make Your Home Safer With These 3 Cherry Home Gadgets 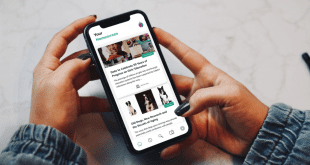 Xayn takes on Firefox with a privacy-first mobile browser 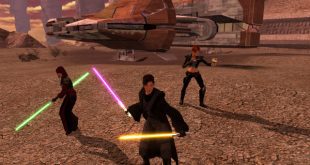 TECHNOPHOBE Brits have learnt new tech skills during lockdown – including how to video call, send a group text and even use their computer to make a phone call.

More than a quarter even went as far as to describe themselves as a ‘technophobe’, with a third admitting to being intimidated by modern technology.

But the study, commissioned by Alcatel, found three in 10 have learned a new online skills during the lockdown period.

One in four now feel confident in setting up a group video call, 40 per cent know what ‘Zoom’ is and a sixth have taught themselves how to join a group chat on a mobile phone.

Others have discovered how to have virtual meetings, how to turn off their camera on a video call and how to share a document with other people online.

An amusing video, put together by Alcatel, shows some of the common tech fails, with people answering a video call to their ear, attempting to turn on the TV with a games console controller and wearing unplugged headphones for a call.

William Paterson, the UK and Ireland country director of Alcatel, said: “People have had to adjust quickly to socialising and working online.

“It’s encouraging to see adults of all ages teaching themselves new skills in order to keep in touch with others.

“Previously, it was easy to avoid the likes of video conference calls with colleagues and group chats with family, but now it’s the key way of communicating.

“Mobile phones give us the ability to email, call, text, send GIFs and communicate on social media all at the touch of a button – without this during the current time it would be difficult to stay in touch and work effectively.”

The research also found video calls have seen the biggest increase in use – with 21 per cent turning to Whatsapp video, a fifth catching up via Zoom and 21 per cent using Facetime when they didn’t do so previously.

More than half have had to adapt to new ways of communicating with others and a third have set up new online accounts, including Google Hangouts.

Similarly, four in 10 have joined new group chats during this time and half said they are using technology devices more than ever.

Prior to lockdown, an average of 74 minutes a day was spent using a mobile phone, but this has now increased by 24 minutes to 98 minutes.

And 31 per cent admitted they only used to use their phone for calls but now rely on their device for a lot more.

It also emerged half of adults have had to help an older relative or friend with tech, but three in five have also had to ask someone else for assistance.

Tasks people struggle with include merging phone calls (17 per cent), setting up virtual meetings (15 per cent) and adding others to a group call (13 per cent).

But, more than a third admitted they’d like to be more knowledgeable when it comes to technology and 46 per cent believe it’s important to ‘keep up with the times’.

As a result of learning new skills and adapting to different ways of communicating, three in 10 said their confidence using devices has grown during lockdown.

And a quarter of those polled, via OnePoll, are more likely to use technology and different gadgets following this.

William added: “Alcatel have always believed in great technology for a price that won’t break the bank, something we continue to amplify through our ‘A Phone For Everyone’ campaign.

“Now more than ever, it’s important for technology to be available to the masses, to keep loved ones in contact and ensure that people don’t feel alone.”

Premium Sony noise-cancelling headphones are £77 off, with Alexa BUILT IN

New Starlink satellites will be ‘low and bright’ over UK tonight

In other news, check out our review of the new iPhone SE.

Read our guide on the best cheap iPhone to buy.

These secret iPhone codewords will trigger hidden effects for your pals if you send them over iMessage.

Find out how to play YouTube music in the background on iPhone and Android.

And here’s an easy guide on how to record your iPhone screen without using any apps.

Have you learned any new skills lately? Let us know in the comments!

We pay for your stories! Do you have a story for The Sun Online Tech & Science team? Email us at tech@the-sun.co.uk 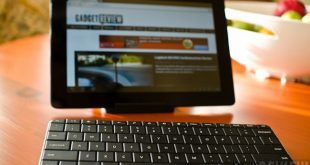 A few weeks back we looked at a really great keyboard from Microsoft, the Sculpt …