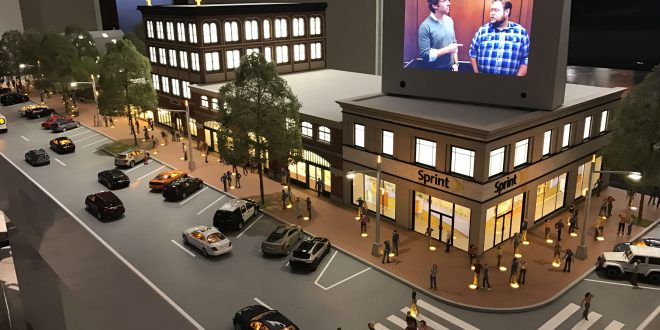 Sprint believes it can take the checkered flag when it comes to the great 5G race.

The nation’s fourth-largest wireless carrier by subscribers has set a goal of building the first nationwide mobile 5G network by early 2019, CEO Marcelo Claure said on a conference call with analysts on Friday. He added that the company plans to launch commercial service and offer handsets at that time.

Sprint is the latest carrier to make noise about 5G, one of the most exciting trends in tech because of its ability to offer super high speeds and comprehensive wireless coverage, powering other new areas like self-driving cars and streaming virtual reality service. US carriers are racing to be the first to get to 5G, with each taking a different path.

Sprint believes it has the unique combination of assets to more quickly upgrade to 5G, noting its existing deployment of “Magic Box” small cells that act as small cellular sites, infrastructure deals with cable companies like Altice and Cox, and its unique spectrum holdings. Claure said Sprint is working with Qualcomm to release 5G chipsets compatible with its network and phone makers to release devices.

“We are more excited than ever in terms of putting Sprint back at the forefront of technology,” he said.

In comparison, Verizon is targeting deploying 5G in up to five markets, but it would work as a replacement for broadband service, and not completely mobile. AT&T plans to launch a mobile 5G network by the end of the year, but only in a dozen markets. CEO Randall Stephenson said the first 5G devices would be pucks that work as mobile hotspots. T-Mobile, meanwhile, plans to begin deployment in 2019 and to offer a nationwide network by 2020.

Verizon and AT&T are working on using millimeter spectrum, which is ultra high frequency, allowing for higher speed and capacity, but at a short range. Claure said it’s not practical to build a nationwide network using that spectrum, since you’d need to run a massive network of cell sites to power coverage.

“It’s really a hot zone, and not a true mobile experience,” Claure said.

Claure added that 5G could present an opportunity for Sprint to raise prices on its unlimited data plan, noting that consumers would pay a premium for the higher speeds.

Claure isn’t a stranger to bold predictions. Back in 2015, he said that within two years, Sprint would have the best network in the nation. It’s 2018, and Sprint still languishes behind the other three players, despite significant improvement in call quality, coverage and speed.

5G will be different, Claure said in a follow-up call with reporters, copping to the fact that Sprint underestimated how long it would take to install new equipment for its network over the past several years. He touted the heavier capital investment in network upgrades and the use of new technology and software upgrades for a quicker move to the next-generation technology.

‘Alexa, be more human’: Inside Amazon’s effort to make its voice assistant smarter, chattier and more like you.

The Smartest Stuff: Innovators are thinking up new ways to make you, and the things around you, smarter.