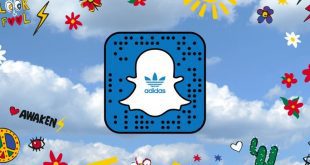 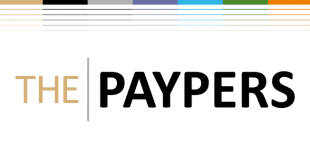 Web-busters increasingly are taking the place of doorbusters on Black Friday.

Online sales hit a record $7.4 billion on the day after Thanksgiving this year versus Black Friday 2018, according to the Adobe Analytics Insights arm of software firm Adobe Inc. That would be a year-over-year increase of nearly 19% based on the $6.22 billion Adobe reported last year for Black Friday 2018.

“We had a really big day year-over-year,” said Mark Carson, president and co-founder, in an email to Digital Commerce 360. “We had been trending up double digits throughout most of Q4, but the +41% was a very welcome surprise.” Fat Brain Toys is No. 871 in the Digital Commerce 360 (formerly Internet Retailer) Top 1000 ranking of North America’s leading online retailers.

Consumers were up and shopping online again early on Saturday. As of 9 a.m. EST, online retailers had sold $470 million, an increase of 18.1% over the same 9-hour period on the Saturday after Thanksgiving last year.

• Average order value increased 5.9% over Black Friday last year to a record $168.
• Smartphones accounted for an ever-bigger share of online sales: 39% on Black Friday, a 21.0% increase over last year.
• Online shopping drove consumers into stores to pick up their online orders, with Adobe noting roughly a 43% year-over-year increase in purchases completed online and collected in a physical store.

Larger retailers are gaining a disproportionate share of the gains in smartphone shopping. Retailers with more than $1 billion in annual online revenue increased their share of mobile phone receipts by 11% on Black Friday. They also converted smartphone browsers to buyers at a rate 66% higher than retailers with less than $50 million in online sales, Adobe says.

For the season, large retailers have registered a 62% gain in smartphone revenue, versus a 27% increase for retailers with annual web sales of less than $50 million, according to Adobe data, which comes from its analysis of more than 1 trillion visits to retail websites over the past three years or so, including the ecommerce sites of 80 of the top 100 retailers in the Digital Commerce 360 Top 1000.

The $7.4 billion in online sales on Black Friday made Nov. 29 the second-biggest U.S. online shopping day ever, behind last year’s Cyber Monday at $7.9 billion. Adobe currently projects Cyber Monday sales will hit $9.4 billion, which would be a 19% increase over last year.

Some retail websites slow down

Heavy online shopping slowed down the home page loading time by an average of 15% on Black Friday compared to Thanksgiving Day for retailers in the Digital Commerce 360 Top 500, says website analytics firm Blue Triangle. The website of Costco Wholesale Corp., No. 15 in the Top 500, continued to experience intermittent performance issues on Black Friday, as it did on Thanksgiving. And the website of Foot Locker Inc., No. 60, slowed after the retailer introduced its heavily promoted Yeezy Boost 350 V2 sneaker, Blue Triangle says.

Nordstrom Rack, part of Nordstrom Inc., No. 18, also experienced website performance problems on Thanksgiving, and the ecommerce sites of Target Corp. (No. 16) and BJ’s Wholesale Club (No. 371) slowed down on Black Friday, according to Blue Triangle.

While no authoritative source has yet released an estimate of store sales on Black Friday, a day that once was famous for consumers storming through stores’ front doors to get first crack at sales, anecdotal data from Coresight Research suggests store traffic was a mixed bag.

“There were long lines at American Eagle Outfitters, Bed Bath and Beyond, the Nike Outlet, Old Navy and Target; but there were no wait times at Costco and drugstores,” reported Coresight, based on visits to 65 stores operated by 32 retail chains.

“The big winner this year was not a retailer but rather ecommerce, as many consumers traded the lines and doorbuster sales for their tablets and smartphones making 2019 the year that digital tipped the scales to be the primary vehicle for the holiday,” he says.

He also noted that high number of consumers picking up online orders in stores, which is a big plus for store-based retailers as 80% of those shoppers buy something else while in stores to collect their online orders. “When the history is written about Black Friday and Cyber Monday 2019 it will show that retailers that embrace digital strategies and offer services in both the digital and real world are the long-term winners,” he says.

It’s also important for retailers to cater to the growing number of shoppers looking at their mobile devices as they shop in stores, says Suketu Ghandi, a partner at consulting firm A.T. Kearney’s Digital Transformation practice, who says his team has spent time in stores over the last 10 days observing how consumers shop. Cleaner store sight lines are especially important for consumers checking their phones as they shop, as clutter introduces confusion when someone is going back and forth between looking at a phone and products in a store.

He further encourages retailers to introduce an element of surprise, both in stores and online, to capture shoppers’ attention. “If you’re used to a layout, your brain discounts everything that is the same as before,” Ghandi tells Digital Commerce 360. “If the retailer moves things around, it forces you to stop and look.” And he says that’s as true for a consumer shopping on a website as one in a physical store.

Mobile shoppers accounted for a big part of the gains for Fat Brain Toys, Carson says, pointing to the retailer’s 43% increase in mobile conversion rates on Black Friday. “We’ve made a number of enhancements over the year to the mobile experience, but I think more of it boils down to the maturation of mobile commerce and the willingness to actually complete an order on mobile versus previous years,” Carson says.

Stepped-up marketing also helped boost sales, he says. “Anticipating a huge competitive surge following Thanksgiving, we’ve been more active across all marketing channels in November, hoping to book as many orders as we can before the competitive buzzsaw starts,” Carson says. “We also had dual promotions running yesterday—a product-focused flash sale for onsite visitors, plus a separate competitive offer for existing customers via email. I think all three of these factors conspired for a strong performance.”

Other retailers moved online promotions up in part because Thanksgiving fell on the latest possible day this year, Nov. 28, leaving only 26 days between Thanksgiving and Christmas, six fewer than last year. Introducing Black Friday and Cyber Monday deals earlier than usual may have contributed to the big sales gains several online retailers are reporting.

Christmas Central, which sells holiday-related items both online and through its own stores, registered a 30% increase in web sales both on Black Friday and Thanksgiving Day, says vice president Nathan Gordon.

“This year, we started Black Friday sales a week early,” Gordon says. “We set up our best deals early, and saw some items selling through. That’s why we made sure we had a wide enough selection for customers to still have many great options for Black Friday.”

Sales over the last several days are up 10-15% for Touch of Modern, helped by a 10% increase in average order value, Smola says.

Bean Box, an online coffee subscription retailer of coffee, more than doubled its Black Friday sales this year, both on BeanBox.com and on Amazon.com Inc.’s online marketplace, says CEO Matthew Berk. Sales also jumped on the day before Thanksgiving, “which we weren’t expecting,” he says.

The remainder of the holiday season

Increasingly, consumers are spreading their holiday shopping out, and not just waiting for Black Friday and Cyber Monday, Berk says. “What we’re seeing more and more every year is that the sales are less and less about the specific days, and more about the 2-week period before and after Thanksgiving,” he says. Bean Box is No. 1552 in the Digital Commerce 360 Next 1000 database of retailers ranked Nos. 1001-2000 in North American online sales.

While pleased with his results so far, Carson is hesitant to predict what will happen in the three and a half weeks remaining before Christmas. “There’s a lot season left, but I’m also anticipating that it will get hyper-competitive between now and Christmas,” he says. “We think we’ve made the right moves up to this point and hope it will carry us through to a successfully full year.”

Gordon of Christmas Central is upbeat. “We are curious to see what happens Monday, but based on our sales so far, we are optimistic,” he says. “We think the next two weeks will continue to be up year over year.” 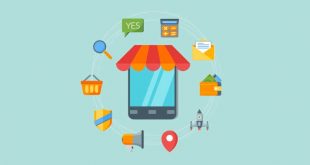 Global Mobile Commerce(M-Commerce) Market 2020 by Company, Regions, Type and Application, Forecast to 2025, the …