How To Maximize Your Cloud Phone System – Forbes 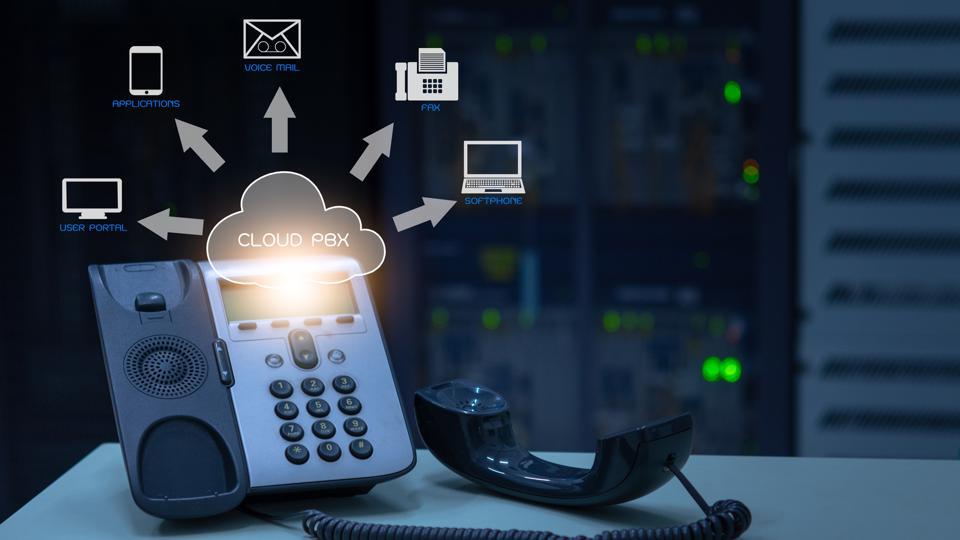 Cloud phone systems are growing in popularity, and it’s not hard to see why. A cloud phone system offers the same functionality as traditional phones and so much more. Cloud technology lets you use your business phone number from anywhere and integrates with your existing business software, to name a couple of examples.

Find The Right Phone System For Your Business

Save by Comparing Phone System Prices


We break down how cloud phone systems work, why they’re different from regular phones and who they’re best for.

What is a Cloud-Based Phone System?

When you place a call through a cloud-based phone system, your voice gets translated into a digital signal that gets transported over the internet. This signal is converted back into a phone signal before it reaches its destination.

Since the PBX system is hosted through the cloud, cloud-based phone systems don’t require nearly as much hardware as a traditional phone system. They also allow you to make or take calls from anywhere since you can access them remotely from any internet-enabled device.

VoIP stands for voice-over-internet-protocol and has been around well before cloud-based systems became mainstream. The first VoIP systems were custom configured and installed over company servers, and therefore were not stored in the cloud. However, this was cumbersome to set up and maintain, so over time, cloud-based VoIP became the norm. Cloud-based VoIP systems are hosted over the VoIP provider’s servers, which handle call routing and signal processing on your behalf, thus alleviating your in-house IT team.

A traditional business phone system uses an on-site PBX to route calls to the appropriate number or extension. Your business is generally responsible for the PBX’s physical upkeep. Calls are transmitted through on-site networks of copper wires and switches, rather than the internet.

When to Use a Cloud Phone System

There are many advantages to using a cloud phone system over a traditional system. If you or your employees need to be able to make business calls remotely, or if you’re looking to grow your operations in a short span of time, a cloud-based phone system might be more suitable.

Plus, cloud phones come with tons of useful features and integrations. If you want to offer a more seamless experience to both your customers and employees, a cloud phone system can help you do so.

Most cloud-based phone systems come with a variety of useful features for your business. Some of the most common ones include:

Likewise, cloud-based phone systems can integrate with common tools your business may already be using, such as:

Like any phone system, there are pros and cons to getting a cloud-based phone system for your business. The pros include:

However, the drawbacks of using a cloud-based phone system are:

How to Get a Cloud Phone System

There are many different cloud phone system providers to choose from. If you don’t already have a business phone system, you can sign up with the cloud phone provider of your choice and they can help you get started.

If you already have a phone system with a different provider and want to switch to a cloud-based solution, you’ll need to purchase a new phone plan and port your old number(s) if you wish to keep them. You also might need to buy new equipment if your current equipment isn’t cloud compatible.

Cloud phone systems vary in cost depending on how big your team is, what kinds of features you need and if you pay annually or monthly. On the low end, VoIP phone systems cost about $12 per month per user and $80 per month per user on the high side. Prices are lower per user if you pay annually instead of monthly. You also might be able to lock in a lower rate than those publicly listed if you sign a contract that’s longer than one year.

You also may have to pay a one-time activation fee to get started when you switch. This is usually no more than $50. Some providers give access to their softphone app for free, while others charge up to $50 per month. And don’t forget to purchase compatible hardware, which will vary in cost depending on the provider’s requirements.

Cloud phone systems require a reliable internet connection to work properly. With an internet plan and computers in place, your team can use cloud-based softphone apps with no issue. If you want to use hardphones, you’ll need to get VoIP-compatible phones, which run anywhere from $60-$200 each, or headset adapters, which can cost anywhere from $30-$120 each.

Find The Right Phone System For Your Business

Save by Comparing Phone System Prices

Why should I choose a cloud-based phone system for my business?

Every business has different needs. That being said, if you offer remote work or want a relatively low-maintenance system that keeps up with the latest technological advancements, a cloud-based phone system might be a good investment.

Can I use my same business phone number with a cloud-based phone system?

Yes. You can port your current number to a cloud-based service.

PBX stands for private branch exchange, which is the hardware that routes inbound and outbound calls on an in-office phone system.

What’s the difference between an on-site PBX and a cloud-based PBX?

Traditionally, PBX systems were installed in person and on-site at an office, and stored in a closet or designated room. A cloud-based PBX means that this technology is stored in the cloud, thereby freeing physical space and offering more flexibility and customization.