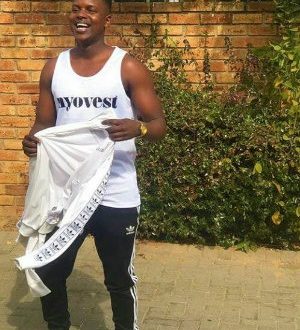 Pretoria – Respectful, well-mannered and quiet. This is how Nobuhle Mbonambi described her late 21-year-old nephew, who has allegedly become the latest victim in the metered taxi “war”.

The body of Siyabonga Langelihle Ngcobo, a Taxify driver, was found in the boot of a burnt car near the Unisa Sunnyside Campus on Thursday night.

Mbonambi, who lived with Ngcobo in Centurion, said she last interacted with him on Thursday morning.

“He’s usually asleep when I leave for work, but that morning we spoke. As if he was saying goodbye.

“I feel like ‘my son’ died a terrible death that he didn’t deserve. This whole war has to end before more kids die the same way,” Mbonambi said to News24.

Several people have died over the last two years in a turf battle between metered taxi operators and drivers for ride-sharing apps. There has been no evidence linking Ngcobo’s death to the ongoing battle yet.

Ngcobo moved to Centurion in 2003 from Inanda, eastern KwaZulu-Natal, to live with his aunt. He was a fourth-year student at the Tshwane University of Technology, studying Sport Management.

‘I need people to speak out’

He had recently started an events company and was coordinating events for the university.

He had only started picking up shifts with Taxify a week before he was killed.

Mbonambi, 30, is calling for anyone with information surrounding her nephew’s death to come forward.

“I need people to speak out,” she said.

“It happened at Sunnyside around 18:00. He was picking up children at a mall. Someone must have seen whoever took him and put him in the boot.

“People must go to the police station so we can identify these people and they need to be arrested.”

No suspects have been arrested and police said they are investigating the case.

‘We need to put him to rest’

On Friday, Taxify said a high-priority team was also looking into the matter to aid police in their investigation.

The family also wants the forensic team to speed up the investigation so they can give Ngcobo “a proper burial”. Mbonambi said police had told them it could take anything between two weeks and two months to release his body.

“We need to put him to rest. We are very traditional people and we cannot have his spirit roaming around Pretoria,” she said.

Ngcobo’s mother travelled from KwaZulu-Natal to provide police with a DNA sample and is awaiting the result.

A social media campaign, under the flag #JusticeForSiyabonga, has also been launched in an attempt to bring the perpetrators to book.

A march by TUT students has been planned for Friday in Pretoria.