India’s judicial system has been the subject of much scrutiny for a long time now. But our jails were also brought into question when leaked footage from Rae Bareli showed inmates partying with cigarettes and bullets. And the recent report from Delhi shows that imprisoning criminals isn’t equal to punishing them.

According to the Hindustan Times, footage from an inmate’s mobile phone in Tihar jail’s Mandoli campus shows him and other prisoners having a jolly good time. A prison official said,

“It appears that the prisoners were partying in their cell. The prisoner can be seen holding a packet containing paneer. Prisoners do not have access to anything that can be used to set up a kitchen or prepare a meal for themselves. The probe will focus on how the induction cooktop was smuggled inside.”

The video also shows the man preparing tea on an induction cooktop inside his cell. But, apparently, induction cooktop or any form of a stove isn’t allowed inside a jail. They’re provided tea three times a day from the canteen and that’s it. And as for the smooth internet connection, a jail officer said that the jammers installed in the prison might not be functional.

You can check out the viral video here:

This is from Tihar jail's Mandoli campus. All hell seems to be breaking loose. This guys is from the Salim-Rustam gang. Is seen recording illegal facilities he's getting inside jail. Tihar has ordered probe.@SatyendarJain should act now. @TOIDelhi pic.twitter.com/NF6UdVfkpn

The Hindu reported that the three criminals who can be seen in the video are Salim, Rustam and Sohrab. They’re brothers from Lucknow’s Lakad Mandi and have multiple cases of murder, attempt to murder and robberies on their head. Director General (Prisons) Ajay Kashyap said, 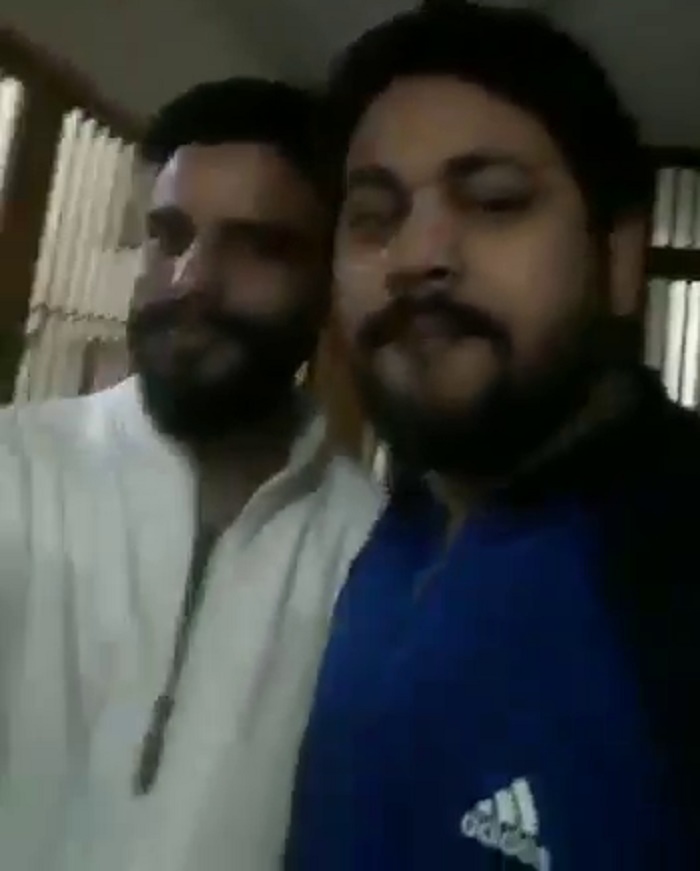 “A probe has been ordered into the matter. The inquiry reports will be submitted at the earliest. The gangsters are lodged in high-security cell no. 15 in Mandoli jail.”

Apparently, Mandoli jail has a “three-tier security system” and the premises are surrounded by several high-rise buildings in Harsh Vihar. So, the police suspect that someone might have thrown the phone from one of those building and was then collected by the inmates or other staff members.

The officer added that they do conduct surprise inspections and ban items if they’re found. But this video is proof that they need to do so more efficiently. Because these people are in there for a very grave reason and they shouldn’t be allowed to party like there’s no tomorrow.