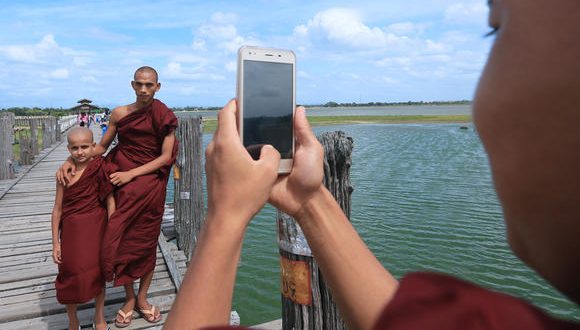 HO CHI MINH CITY — Viettel Group, the largest mobile network operator in Vietnam, said it will launch its services in Myanmar next month. Myanmar will be Viettel’s 10th foreign market, following the launch of operations in countries including Cambodia, Laos and Mozambique.

Viettel, owned by Vietnam’s Defense Ministry, said on Tuesday it had successfully completed tests for video-calling services based on a high-speed 4G LTE network in Naypitaw, the capital of Myanmar.

The test was carried out on Sunday by Telecom International Myanmar Company or MyTel, a joint venture between Viettel and Star High Public Company, a local telecom carrier, overseen by the Myanmar authorities. Viettel said the joint venture will be ready to launch services in Myanmar soon.

Last year Viettel said it would invest $1.5 billion to deploy 7,200 base stations and build out a 4G network in the country. MyTel aims to extend its 4G LTE network to more than 90% of the country’s population within three years, especially in rural areas. Viettel said MyTel will provide mobile and fixed telecom services, content services and e-wallets in Myanmar in the first quarter.

According to Myanmar media, the local market has been dominated by the state-owned Myanmar Posts and Telecommunications, which partnered with Japan’s KDDI, and holds a 42% market share. Telenor, the Norway-based multinational, and Qatari carrier Ooredoo follow with market shares of 35% and 23% respectively.

While Ooredoo and Telenor mainly control large market shares in urban areas such as Myanmar’s commercial hub Yangon, Viettel expects to cover rural and remote areas by leveraging its business model deployed in Vietnam and other markets, such as Cambodia, Laos, East Timor and Mozambique. Viettel currently operates in nine foreign markets, and has more than 90 million customers, including those in Vietnam. The group’s revenue was 250.8 trillion dong ($11.2 billion) in 2017, while profit before tax was 44 trillion dong. The company says it holds a 50% market share in Cambodia. In Laos and East Timor, it enjoys a 47% market share.

Sources: Viettel Profile as of 2016

Operators hope for a VR catalyst to 5G – Light Reading