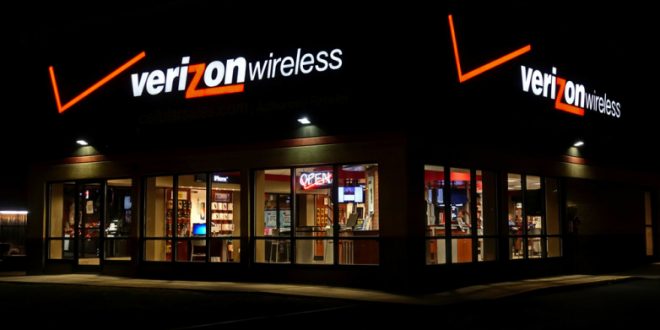 Earlier this year, it emerged that Verizon is very stealthily funding a company called Visible, which is offering a slightly different kind of wireless service. Subscribers currently need an invite to join, and if they manage to sneak in, they get a slightly restricted unlimited plan for $40, including unlimited calling and texting. Compared to the standard single-line rate of around $70 a month that other carriers offer, it’s a great deal.

But Verizon’s handling of the rollout has been very weird from the start. As a note from Wave7 Research points out, Visible “has no presence at Verizon stores, at national retail, or at independent prepaid dealer stores, based on checks and conversations.” You still need an early invite code to sign up for the service, and overall, there’s no move whatsoever to try and acquire customers.

Stranger still is Visible’s steadfast opposition to being referred to as a mobile virtual network operator, or MVNO. The term historically refers to any company that operates as a reseller of wireless service, rather than owning the spectrum and radios themselves. Visible uses Verizon’s network, without a doubt — the company advertises that fact on its website and in communications with the press. But when I first wrote an article describing Visible as an MVNO earlier this year, a spokesperson reached out to tell me that “Visible is not an MVNO or a VOIP provider. We are a new kind of network provider, combining Verizon’s 4G LTE cell tower coverage and our modern technology approach. We’re on Verizon’s 4G LTE network and offer one plan (unlimited data, messages, and minutes), one price ($40/month). Members experience the same speed all month long, no matter their usage.”

A request to clarify what that means was never returned, but similar statements were sent to other outlets that described Visible as an MVNO.

A Visible exec also tweeted yesterday that “MVNO is an outdated term that doesn’t accurately describe us,” although he didn’t provide any further details.

By all realistic definitions, however, it sure looks like Visible is an MVNO. The parent company, Denver-based Visible Services LLC, has registered as a reseller of wireless service with public utility and telecommunications commissions in states nationwide. By its own description, the company uses Verizon’s service, alongside some kind of “cloud infrastructure” and an app to handle all kinds of customer communication.

Unfortunately, MVNO has a much narrower definition: a company that sells mobile phone service using someone else’s airwaves. No matter if Visible has a unique pricing strategy, funky customer service, or a favorable way to get wholesale cell service from Verizon, it’s still fundamentally an MVNO. We’ve let wireless carriers destroy the word ‘unlimited’; let’s not give them this one too.