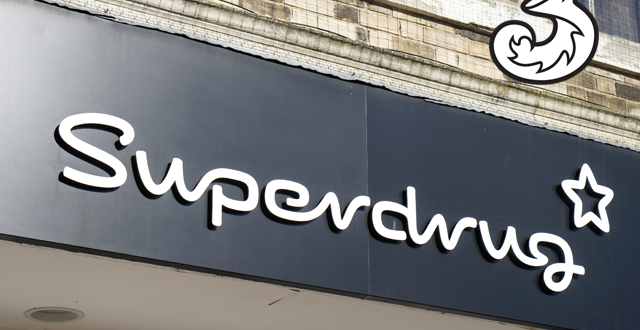 Mobile operator Three is launching an MVNO with health and beauty business Superdrug – the latest such deal aimed at boosting operators’ presence in an increasingly challenging market.

The venture is not as surprising as it might sound, as Superdrug was sold to continental drugstore Kruidvat in 2001, which in turn was flogged to Hong Kong conglomerate CK Hutchison in 2002 – the owner of Three.

Superdrug Mobile will be available as a SIM-only deal across the retailer’s 807 UK stores, costing £10 per month from 20 June 2018.

The retailer had already been selling Three phones in a select number of its stores since 2003.

Three has been keen to up the number of its MVNOs, following the launch of iD Mobile in 2015, owned by Dixons Carphone.

Dario Talmesio, analyst at Informa, said: “In a highly commoditised mobile market, the power of branding and distribution can make a difference for some customers,” adding that Superdrug’s extensive retail presence could boost customer numbers.

“With the success of iD Mobile, Three has clearly learned that wholesale can be key in completing the retail business: wholesale remains a good and profitable business and Three can grow with such strategy quite nicely.

“Dual-multibrand strategies help operators in making a much better customer segmentations; it’s happening everywhere and it makes a lot of sense.”

Three has a habit of keeping its deals in the family. Last year the operator bought UK Broadband for £250m to improve its fixed wireless offering and gain a greater share of spectrum.

Three has been keen to gain a greater share of the mobile market via a proposed £10.25bn merger with O2, until that was smacked down by the EU in 2016.

For its full-year results, Three UK reported a fall in earnings before interest, taxes, depreciation and amortisation of 2 per cent to £437m –

Previous How e-Sim will disrupt operators, manufacturers and MVNOs
Next Verizon’s new MVNO keeps insisting it’s not an MVNO