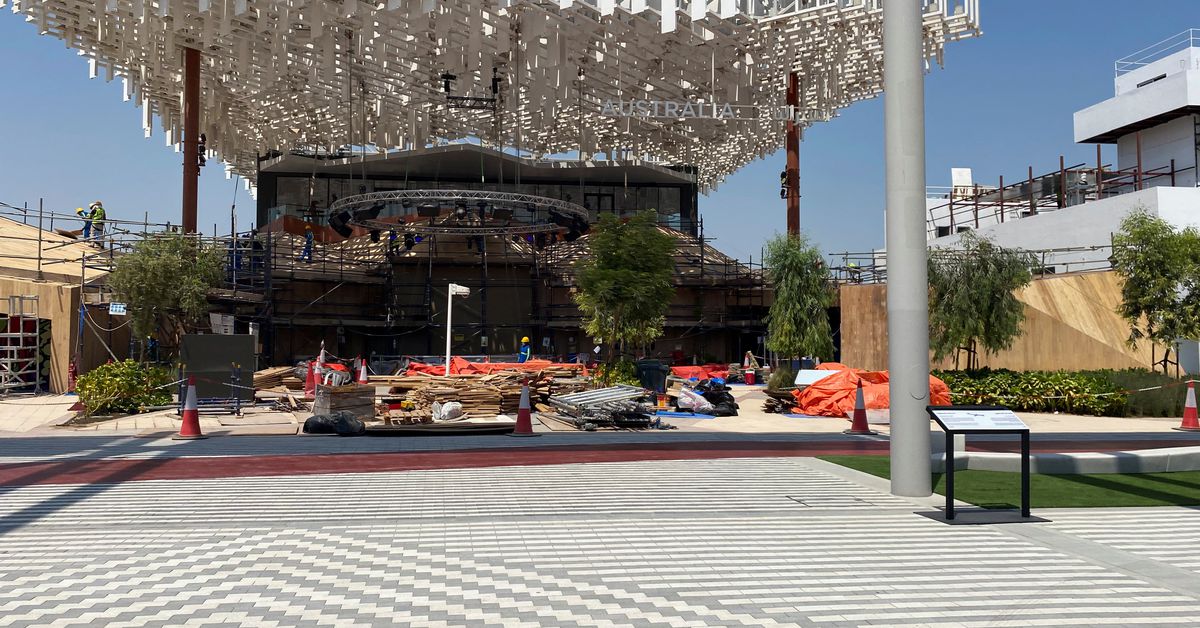 DUBAI, Sept 29 (Reuters) – Authorities have let people make calls over WhatsApp and other internet apps in the grounds of the Expo 2020 Dubai world fair, opening up a chink in a ban that has long frustrated businesses and residents.

Most applications using Voice over Internet Protocol (VoIP) services – free internet-to-internet voice and video calls – have been blocked in the United Arab Emirates for years, angering many particularly since the start of the pandemic.

On Wednesday Reuters found people were able to make and take voice calls using WhatsApp and Skype from the Expo site, which will open to businesses and other exhibitors from almost 200 countries on Friday.

Expo organisers directed queries about the change to the UAE’s Telecommunications and Digital Government Regulatory Authority, which did not respond to requests for comment.

Dubai is hoping to boost its economy by attracting 25 million business and tourist visits to the world fair which has been built from scratch on 4.3 sq km (1.7 sq mile) of desert.

It was not immediately clear whether the relaxation will last beyond the six-month expo, or whether it would be applied to other areas of the UAE, a federation of seven emirates.

On Wednesday, the internet services appeared to cut off again outside the site.

The government has in the past said people can only use licensed services such as BOTIM, without spelling out its reasons. Other countries have made similar restrictions for security reasons and to protect the revenues of telecoms providers.

The block on calls using the popular WhatsApp, FaceTime and Skype applications has particularly galled UAE residents who were separated from families and friends by restrictions during the pandemic.

As the disease spread and education and work moved online, the UAE’s two telecoms operators – Etisalat and Du – enabled Microsoft Teams over both wifi and mobile data connections as well as Blackboard, Zoom and CloudTalk.

The block remained on more popular applications including WhatsApp and Skype. Etisalat and Du did not respond to requests for comment.

Expo 2020 Dubai, the first world fair to be held in the Middle East, was delayed for a year by the pandemic.