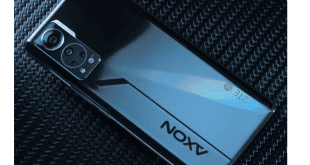 A few days ago we did a retrospective on two decades of Garmin Forerunner watches. It’s a wonder how much they’ve changed in that time period. Now we look back at Fitbit, from the time it launched its first device in 2009 to today.

It was actually two years earlier, back in 2007, that the company was established by James Park and Eric Friedman. Dubbed Healthy Metrics Research, the startup changed its name in October of that year to Fitbit Inc. In late 2008, Fitbit raised some $2 million from True Ventures, SoftTech VC, and other angel investors. The money was to go towards the developement and launch of the company’s first wearable device.

It came in 2009 in the form of a gadget simply called Fitbit Tracker (also known as Fitbit Classic). At the time, this was one of only a handful of such devices you could buy. Unsurprisingly, the $99 Fitbit Tracker couldn’t do very much.

Inside of the thing was an accelerometer that could count the wearer’s steps, figure out how much you’ve slept and spit out a rough estimate for calorie burn. There was no smatphone app. Instead you would sit the device into its docking station or bring it within 10 feet. The base station would then sync the information to Mac or PC software and the Fitbit cloud. The software was rather simple but it did provide the user with a dashboard for an overview of activity and sleep.

To its credit, Fitbit Classic was a device you could charge. This is unlike the first Garmin Forerunner which needed two AAA batteries to work. And they only lasted for 14-15 hours!

Despite the rather modest specs, the Fitbit Tracker was a success. It gave the company the incentive to continue. They were on to something.

Fitbit raised a further $8 million from investors in 2010 towards the development of the Fitbit Ultra. It launched in the following year.

In terms of looks, this device was not all too different from Fitbit’s first effort. The upgrades came in the form of an altimeter which could count steps climbed and there was an iPhone app this time around. Other updates came in the form of a motivational message system and badges for completing challenges, a weight management tool and a few other small bits and pieces.

Since then a decade has passed. But in that time Fitbit has not looked back. A plethora of devices followed in subsequent years such as One, Zip and Flex and the Aria smart scale. The smartphone software was improved and Fitbit developed on online platform you can access via a internet browser.

In 2017, the company’s first smartwatch was launched – the Fitbit Ionic. Interestingly, this is the device that made headlines in the news a couple of weeks ago. It was established that some models of Ionic could overheat presenting a safety concern. So the company did the right thing, it recalled some 1.7 million units offering a full refund and discount towards further purchases.

Other notable events in the company’s short history include a successful defence of a trademark lawsuit from Fitbug in 2015. In that same year Fitbit acquired fitness coaching app developer Fitstar and a few months later became a public company through an initial public offering. And who could forget December 2016, when Fitbit acquired assets from Pebble for a cool $23 million. Not many Pebble watch owners were very happy about that. Since then Pebble watches have been discontinued.

Other Fitbit devices followed including different iterations in the Flex range, the Charge range, the Inspire range, Luxe, a few generations of the Versa smartwatch and most recently the Fitbit Sense.

In January 2021 Fitbit was acquired by Google and now sits squarely in its hardware division. For now its business as usual and we are getting the same stream of products. Rumors are that later this year we should see a smartwatch developed jointly by the two tech giants.

Looking back, it’s a wonder how much the technology has progressed in a little over a decade. From the first Fitbit Tracker that could, pretty much, only count your steps. To the Sense watch – which you can use use to measure your blood oxygen levels, heart rate variability, ECG and more. Not to mention that you can make payments with it and install apps.

One can only imagine what goodies are coming our way in the next few years. The backing of Google should help the company towards future development. Top of the wishlist is glucose monitoring, sweat analysis, hydration tracking and more.

0Shares
0 0 0
Previous RingCentral vs Google Voice: Which One Is Best For You? – Forbes
Next Altice USA Expands MVNO Deal with T-Mobile – Next TV