Spy game? Can China's Huawei be trusted with our 5G? – USA TODAY

SHENZHEN, China – Depending on whom you believe, Huawei is either a key provider of cellular equipment and a critical partner in the transition to 5G. Or an agent of the Chinese government, wittingly or unwittingly building out the global power’s next-generation intelligence and cyber-warfare network.

So which is it?

There’s little doubt as to the first claim. Huawei, headquartered here, is the biggest cellular equipment supplier, nearly as large as the next two providers, Nokia and Ericsson, combined. The company’s gear is integral to many 4G and emerging 5G networks around the globe. Which means industry leaders’ aggressive timetable for outfitting the world with 5G simply isn’t possible if Huawei (pronounced WAH-way) doesn’t participate.

As to Huawei’s role in Chinese intelligence, there’s no corroboration. Only fear. Of which there’s plenty.

What’s at stake with 5G

That’s because there is so much at stake. The vision for 5G extends far beyond streaming YouTube videos and Facebook feeds to our devices. It’s architected to connect just about anything you can think of to just about anything else. Cars and traffic lights. Vibration sensors and factory equipment. Cameras and smart locks. The potential for cutting costs, improving lives and creating new products and services seems limitless.

The potential for bad actors to wreak havoc in the 5G era is just as awesome. By wresting control of the network, cyber-warriors could potentially force unimaginable horrors from afar, like directing trucks into crowds or disabling disaster-prevention safeguards in nuclear power plants.

There’s no evidence to suggest Huawei executives have any inclination to let bad actors engage in such activities via its equipment, let alone do it themselves. But the company is Chinese. And after a steady stream of hacking reports, American distrust of China’s intentions is understandably high. Last month, for example, the US Navy reported it was under intense “cyber-siege” by Chinese hackers.

Add to the mix a US government that’s mighty uncomfortable with the lack of domestic suppliers to help guide the build-out of a technology that will shape commerce for decades to come. Sprinkle in an unprecedented trade war with China, and you have the makings for a very unpleasant time in the crosshairs for Huawei.

Yet through it all, the company has largely kept its composure. And much of its business prospects. In its annual report, released last month, the privately-owned company reported sales of 721.2 billion yuan (about $105.2 billion), 19.5 percent higher than 603.6 billion yuan recorded in 2017. Net income grew even faster – by 25.1 percent, to 59.3 billion yuan.

In an otherwise banner year, Huawei’s carrier business actually declined 1.3 percent in 2018 to 294 billion yuan (about $42.9 billion). The company attributes that to a “pause” between generations, as 4G development slows but 5G isn’t yet big enough to pick up the slack. The company expects double-digit growth this year.

“Last year was a fruitful year for us. And an eventful year as well,” Ken Hu, Huawei’s Deputy Chairman told about 750 journalists, analysts and partners during his keynote at the company’s annual Huawei Analyst Summit, held here this week. “We did have some challenges.”

Giving up on Huawei smartphones in the U.S.

The year began and ended jarringly for Huawei. In January, on the cusp of announcing at CES that AT&T would become the first US operator to offer a Huawei phone, the carrier backed out of the deal, reportedly under pressure from the federal government. With its acquisition of Time Warner hanging in the balance, AT&T was in no position to quibble.

In a rare display of emotion from a Huawei exec, Richard Yu, CEO of the company’s Consumer Business Group, passionately defended his companyin his keynote. “The last 30 years, we proved our quality. We proved our security, our privacy protection,” he said. “It’s proved.”

A few months later, Huawei gave up entirely on the US smartphone market. 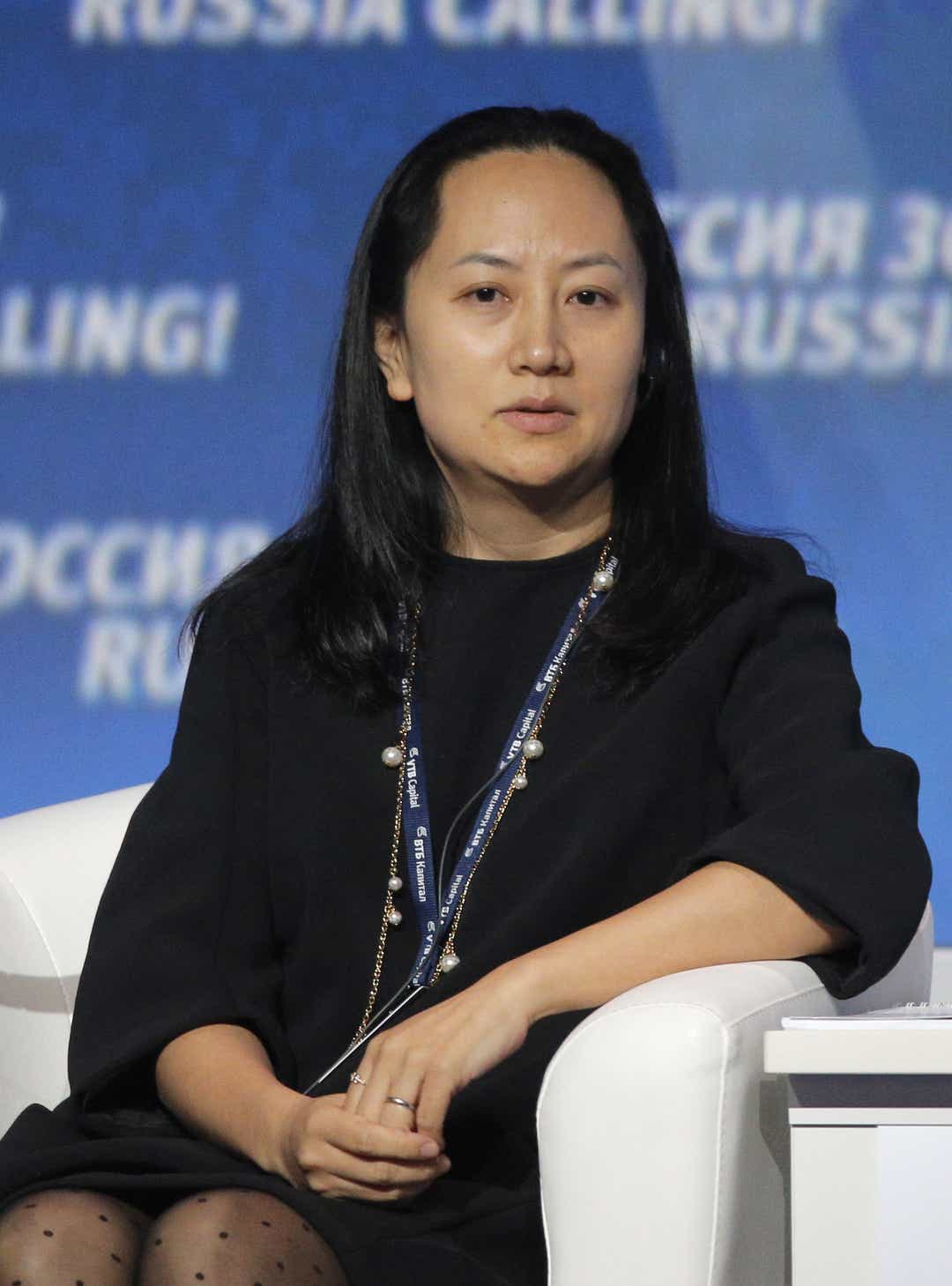 And then in December, Canadian authorities abruptly arrested Huawei’s Chief Financial Officer for possible extradition to the US. Meng Wanzhou, who is also the daughter of the company’s founder, is accused of working around US sanctions to do business in Iran. The case is ongoing.

President Trump fueled speculation that the arrest was intertwined with the trade war when he said he might intervene on her behalf if the US and China inked “the largest trade deal ever made.”

At the start of this year, the Justice Department added to Huawei’s woes, charging the company with stealing the design for a smartphone tester from T-Mobile. Huawei has pled not guilty.

Even if the charges turn out to be true, they are unrelated to the feds’ chief concern: that Huawei’s presence in the US would help China spy and commit cyber-attacks.

One positive development for Huawei: the US backed off threats to stop sharing intelligence with Germany after the European ally decided not to block Huawei from providing 5G equipment.

5G risks: 5G is speedy, but does it also raise the stakes on privacy, security, potential abuse?

A cyber-security oversight board in Britain did find “significant technical issues” in Huawei’s wireless network equipment. But the report suggested the vulnerabilities were borne out of “basic engineering competence and cyber security hygiene,” not malice.

Huawei’s Hu downplayed the rollercoaster. After his speech, he said “there will always be ups and downs.” Hu said he believes open cyber standards will help ease the political strains of this early stage in 5G, and make security concerns easier to police.

“It’s a technical issue,” Hu said. “If cybersecurity is politicized, then this will be a very big challenge” for the entire industry, not just Huawei.

That may be true, at least in the long term. In the meantime, though, Huawei would do well to strap in. Because the company is likely in for a few more ups and downs on the road to the 5G superhighway.

Mike Feibus is principal analyst at FeibusTech, a Scottsdale, Arizona, market strategy and analysis firm focusing on mobile ecosystems and client technologies. Reach him at mikef@feibustech.com. Follow him on Twitter @MikeFeibus.


Source link
2019-04-20
Admin
Previous: When Will We Get 5G? – Science Friday
Next: Nepal Telecom to expand 4G coverage nationwide