Snapcommerce (formerly Snaptravel) has secured $107 million CAD ($85 million USD) in growth funding, signalling confidence from investors in the company’s mission to expand beyond the travel space.

“The reason why we’re doubling up is also because the company is, the platform is, ready to actually go after other verticals.”

The round was raised in order to fully launch Snapcommerce’s new mission to become a leader in message-driven mobile commerce across a variety of verticals.

Hussein Fazal, CEO and co-founder of Snapcommerce, told BetaKit last fall about his company’s plan to develop Snapcommerce, an overarching brand, with the goal of launching a number of other brands under the ‘Snap’ banner.

The startup’s platform, powered by AI, allows users to find and book hotels and flights through conversational tools like SMS and Facebook Messenger and uses messaging to help customers find the right products at the right prices. SnapTravel, launched in 2016, has become what Fazal called the company’s first product of many in the mobile commerce space.

The $107 million CAD growth capital represents a significant raise for Snapcommerce. Prior to the round the company had raised just $21 million USD. Snapcommerce’s last round was a Series A round in late 2018, which included backing from NBA player Stephen Curry. 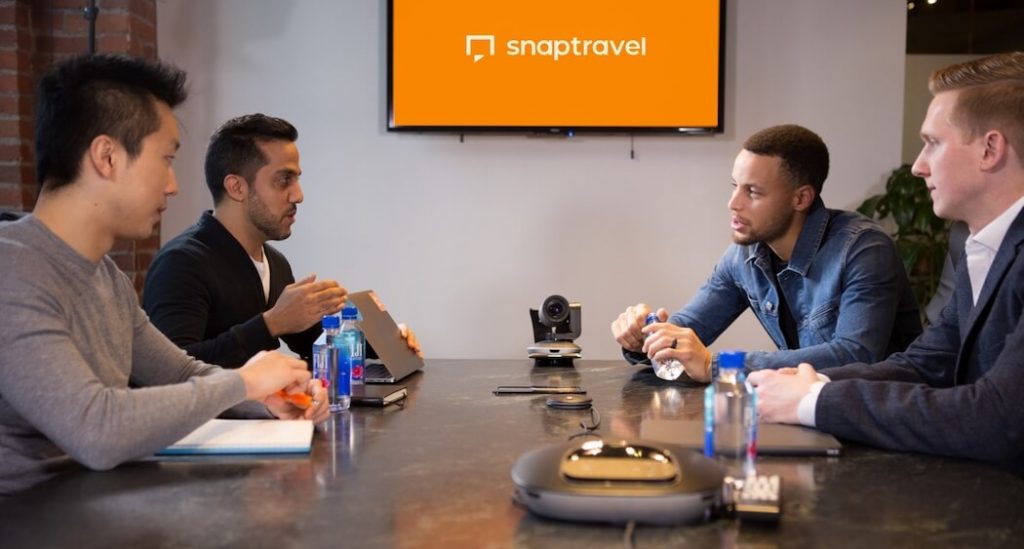 Fazal classified the latest growth financing as a consolidation of a couple of rounds and a way to accelerate plans to take Snapcommerce public.

“[This was a way for Snapcommerce] to be able to grow faster and eventually get to that point where we could take the company public and execute on that bigger vision of changing the way people shop on their phones,” the CEO said in an interview. “It is a big step up, and it does help us accelerate the business.”

Inovia partner Chris Arsenault sees Snapcommerce’s mobile approach as the future of commerce. Inovia’s decision to significantly increase its investment in Snapcommerce is directly related to the company being ready to expand beyond Snaptravel.

“For us, the reason why we’re doubling up is also because the company is, the platform is, ready to actually go after other verticals as well, outside of travel,” Arsenault said in an interview. 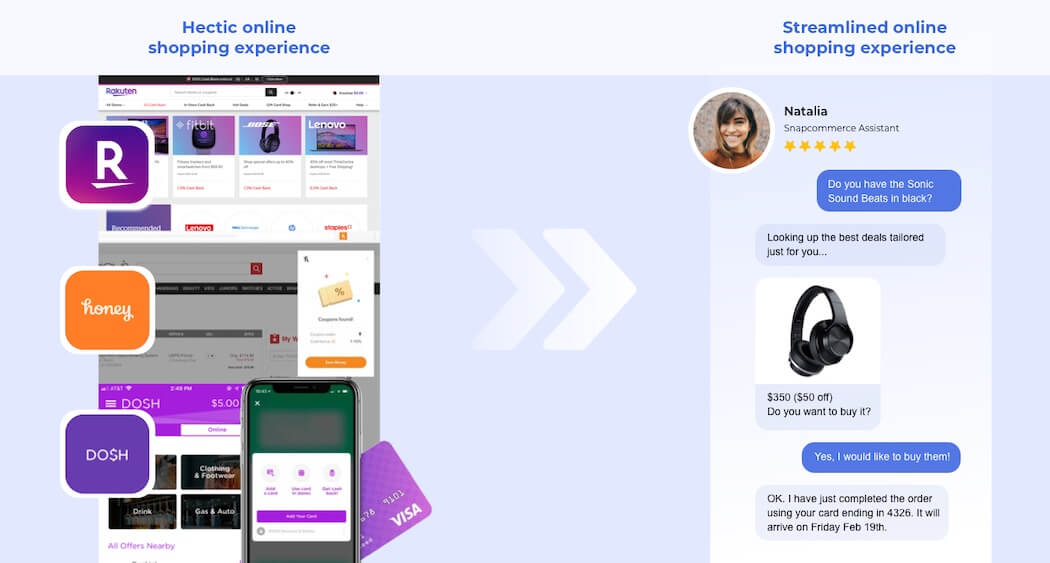 Snapcommerce is planning to launch a new product in the “goods vertical” this year.

Over its more than four year lifespan, Snapcommerce (through Snaptravel) has been used by more than 10 million customers that have exchanged over 100 million messages, which the company says led to more than $75 million in direct savings.

At some point this year, Snapcommerce expects it will surpass $1 billion in total mobile sales done through its platform, mainly driven by Snaptravel. This is a notable number, as, in October, the company reported $350 million USD in sales and 2 million users.

Snapcommerce has clearly thrived amid COVID-19 despite the travel industry being heavily affected by the pandemic. Even with an initial 70 to 80 percent drop in sales in March and April 2020 that led to some layoffs, Snapcommerce has continued to see close to triple digit revenue growth each year since its inception. The growth points to the potential opportunities when focusing on a messaging, mobile e-commerce experience. Fazal attributed the COVID-19 success, in part, to creating personalized and custom experiences for consumers.

RELATED: How SnapTravel leverages its Valley roots to keep tech talent in Canada

“We were actually able to turn the company around, get the company to profitability and get the company back to growth,” said Fazal. “So, if you combine that with the vaccine news, the vaccine rollout, the pent-up travel demand, what we expect in the travel space over the next one to two years that obviously got investors really excited.”

“We expect that the pent up demand for travel in 2021 and 2022 post-pandemic will provide tailwinds for the Snaptravel product to continue and accelerate its growth trajectory,” said Arsenault. “The success during the pandemic not only signifies the strength of their leadership team, business model and platform, but shows incredible growth potential in many other consumer markets, which is backed by a powerful new wave of mobile purchasers.”