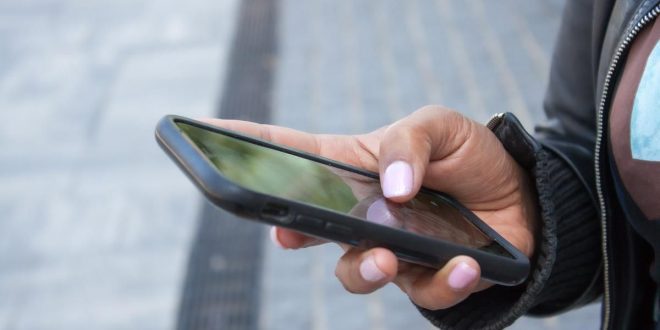 For many, the migration to paperless billing is an environmentally friendly sign of the times, particularly during the COVID-19 pandemic that has spurred a huge shift to digital only commerce.

But advocates for groups including fixed-income seniors, rural households that lack affordable high speed internet access — and those who simply feel insecure with online invoicing — say moves by the major telecoms to offer e-bills only with limited exceptions are leaving vulnerable consumers behind.

They worry that if the bill is only in digital form some customers won’t review it and notice errors, which could be costly if organizations mistakenly overcharge for services that the consumers did not understand or authorize or apply high interest charges for late payment.

Against this backdrop the Public Interest Advocacy Centre (PIAC) and the National Pensioners Federation (NPF) on Monday filed a petition to cabinet urging reversal of a regulator’s decision allowing Koodo, Telus’s discount wireless brand, to provide customers’ monthly bills exclusively in electronic format, save for requiring bills in alternative formats for customers with disabilities.

The Canadian Radio-television and Telecommunications Commission (CRTC) in a March decision said Koodo can use online billing for almost all customers and is not required to offer paper bills.

“Canadian consumers deserve a paper bill if they want or need one,” said John Lawford, executive director and general counsel of PIAC, an Ottawa — based non-profit consumer advocacy group.

“The CRTC and wireless companies pretend that seniors and others will not be hurt but that’s not what we heard.”

Lawford said the hope is that the federal government will intervene to compel the CRTC to require paper bill options from all telecom service providers, suggesting that the move to paperless alone began with flanking brand wireless carriers such as Koodo and is now planned or implemented by the flagship brands including Bell, Rogers and Telus.

The petition asks the government to reverse the CRTC’s decision to ensure customers know what their bill is, are able to control their payments and avoid late fees, extra charges and possible disconnection.

“Seniors rely on cellphones to connect to the world but many need and rely on paper bills, as they have for years, to know what they should pay and when,” said Trish McAuliffe, president of the NPF, which represents a million seniors and retirees.

Fearing that all wireless providers would go paperless, PIAC and NPF filed a formal complaint in June 2018 asking the CRTC to force Koodo Mobile to reverse its move to paperless electronic billing — and require all wireless service providers to offer paper bills to anyone who asks for them.

It did note, however, that it has received complaints from customers of Koodo and other carriers who say they need to have access to paper bills, including from senior citizens who may have difficulties paying bills online.

“I am in full support of environmental efforts, but it’s ridiculous to expect our seniors and aging population to be able to make the switch to paperless billing,” reads one such complaint.

As part of its March decision, the CRTC said it would launch a consultation into telecom and broadcasting services providers’ billing practices, and whether there’s a need to protect vulnerable consumers, with the deadline for public interventions extended to July due to the pandemic.

In addition, the commission said it encourages Koodo to consider offering bills in alternative formats for people with other identified needs, such as cognitive disabilities. As long as companies clearly spell out their invoicing policies to new customers, the CRTC said “the offering of paper bills may operate as a competitive incentive” to gain customers.

Both PIAC and NPF argue that the legal right to receive paper bills — at no charge — is enshrined in federal legislation in the wake of consumer complaints about telecoms who were charging customers a fee for paper bills. The CRTC eliminated fees for paper bills in October 2014.

That legislation, the complainants say, includes recognition of the requirement to provide bills in the paper format. Koodo argued that while the law prohibits a fee for paper invoicing, it does not explicitly compel carriers to actually provide paper bills.

Since Koodo began switching to electronic bills in early 2015 most other wireless carriers, including Telus, have done so as well. Rogers in a notice to customers announced that it was shifting to online-only billing as of March 26, while Bell Mobility has contacted customers announcing a shift to online billing — but with a provision allowing those without email or a home internet connection to receive a paper bill without a fee.

A spokesperson for Rogers told the Star in March that the carrier will provide no-charge paper bills for customers who don’t have data or internet services on their account, if they have accessibility needs or if they are seniors. “If a customer falls into one of these categories and received the notification, they simply need to reach out to us to have their paper bills continue,” the company said.

Vancouver-based national provider Telus says it has taken a phased approach in transitioning all its customers to paperless e-bills with special needs customers given the option of paper.

Get more business in your inbox

Read the business news and analysis that matters most every morning, including the latest on what the coronavirus means for you, in our Star Business email newsletter.

Telus says paperless e-bills are more environmentally friendly than paper and also ensure that subscribers receive billing notifications exactly when bills are ready, while also enabling subscribers to pay their bills at any time and view or download bills for 18 months from date of issue.

All of the three major wireless carriers have announced that they will, or actually have, migrated all of their flagship brands to electronic-only billing with no paper billing option (except for minor exceptions, such as persons with disabilities), the petition says.

“This represents a forced migration of millions and millions of Canadians to electronic billing. It is important that this petition be granted to underline to the CRTC the importance of paper billing to consumers as it considers the wider issue of paper billing in all telecommunications and paid broadcasting services,” the petition says.