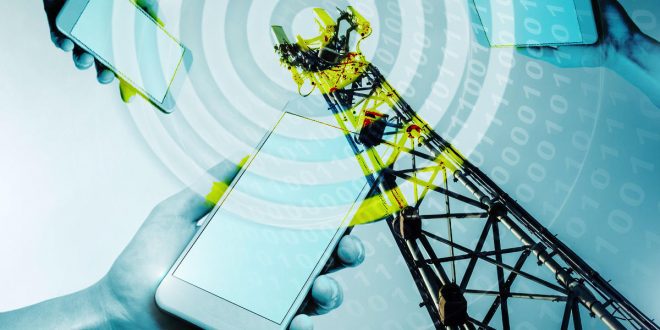 Five years is a long time in technology, especially in a sector as innovative and fast paced as mobile. Here we take a trip down memory lane to review the changes that happened in the UK mobile industry during the 2015 to 2019.

The major story of the year was the proposed £10.25 billion merger between O2 and Three, a deal which would have created the UK’s largest mobile operator and reduced the number of networks in the UK from four to three. Both regulator Ofcom and the European Commission (EC) said they would look at how the transaction would affect the market.

Six years on from the last major consolidation of the market, EE said the merger between Orange and T-Mobile was finally complete, with the brands disappearing from the high street. As smartphone growth slowed, manufacturers were looking towards wearables such as smartwatches for new sources of revenue.

The release of the Apple Watch helped stimulate the fledgling market. Apple also continued its expansion into services, launching Apple Music as a rival to Spotify.RECOMMENDED VIDEOS FOR YOU…CLOSEFitbit Versa 2 – Everything You Need To Know In 1 Minute

Three and O2’s merger was blocked by the EC, which expressed fears that competition in the UK market would be negatively impacted if approval was granted. Ronan Dunne stepped down as O2 CEO to be replaced by CFO Mark Evans, while EE CEO Olaf Swantee stepped down in favour of Marc Allera, who would become head of BT’s Consumer business.

Both the BlackBerry and Nokia brands were given a new lease of life through licensing agreements with TCL and HMD Global respectively, while Windows 10 finally came to smartphones – albeit with limited exposure.

However Samsung was caught out by one of the biggest industry disasters in recent history after reports emerged of exploding Samsung Galaxy Note 7 units. The device was recalled and never re-released.

Sky started the year by throwing its hat into the mobile ring by launching Sky Mobile, its own mobile virtual network operator (MVNO), using O2’s infrastructure as its host network. Three launched its own no-frills MVNO in the form of SMARTY, while Vodafone launched a youth-focused MVNO called Voxi.

In July, additional fees for roaming were abolished across the entire European Union (EU), allowing UK consumers to use their phones freely while on holiday or on business. How long these freedoms will last depends on Brexit.

As smartphone market growth slowed and even contracted, manufacturers looked to increase the Average Selling Price (ASP) to increase revenues. The result was the most expensive iPhone ever – the iPhone X. Microsoft’s response was to halt feature development for Windows 10 Mobile.

Mobile operators continued their journey towards 5G with backend enhancements and through the acquisition of new spectrum. The Ofcom auction of 5G airwaves generated £1.4 billion for the treasury, a sum that won’t affect operators ability to invest in new infrastructure.

TalkTalk withdrew from the MVNO market following a shift in strategy at the company, while the retail sector was altered by the acquisition of Mobile Phones Direct by AO. The year ended with a major outage at O2 caused by a software issue with Ericsson’s 5G networking equipment.

2019 was the year the UK became a 5G nation. EE launched the UK’s first commercial service in May, with Vodafone following suit later that summer and Three offering 5G broadband. O2 joined the party in October.

The distribution sector was shaken up by the acquisition of Data Select by Westcoast, while Gavin Patterson made way at BT for Philip Jansen. Vendors placed faith in the 5G market to revive mobile sales, while others looked at innovative new form factors such as foldable devices.

However 2019 was also the year that politics and technology collided, with Huawei barred from dealing with US supplies due to national security fears. The Chinese company denies any allegation of wrongdoing, but Washington is urging its allies to follow its lead. What impact this will have on the rollout of 5G and on the device market in the 2020s is still unclear.

Previous Top 10 valuable old mobile phones – could you be sitting on a gadget goldmine? – Echo
Next Deconstructing the mobile phone: new technologies split up all-in-one device