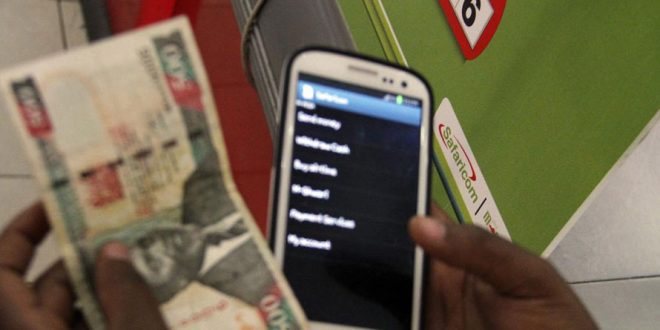 The value of mobile commerce transactions, including those designated as Pay Bill and Buy Goods and Services, has passed the Sh1 trillion mark for the first time.

Data for the second quarter of 2017/18 from the Communications Authority of Kenya (CA), shows transactions grew to Sh1.17 trillion up from Sh714 billion in the previous quarter – an increase of 64 per cent within three months.

This is despite reduction in the number of mobile commerce transactions to 308 million compared to the previous quarter’s 352 million.

The number of transactions on Safaricom’s M-Pesa (Lipa na M-Pesa module), for example, fell despite the value of the transactions nearly doubling.

Peer-to-peer transactions continued to increase by more than Sh52 billion in the three months to last December.

The bulk of the transactions were conducted on M-Pesa followed by Equitel, the top two mobile money services by value and volume of transactions.

Last year, Safaricom #ticker:SCOM cut fees associated with selling goods through its Lipa na M-Pesa service by half as it seeks to increase the number of merchants using the platform.

The telco also extended its M-Pesa Kadogo tariff band under which the company last year eliminated fees for all transactions below Sh100.

Equity Bank  has recruited over 30,000 merchants to accept retail payments via Equitel.

The bank in 2015 began signing up traders to ‘Eazzy Pay Till’ to receive mobile payments from all platforms including rivals M-Pesa and Airtel Money, suggesting a faster growth in enlisting retailers compared to Lipa Na M-Pesa.

Safaricom launched the Lipa Na M-Pesa service in June 2013 and now has over 50,000 active merchants, including supermarkets, fuel stations and hotels.

The growing uptake of mobile cash for retail payments over other methods including  plastic cards is attributed to convenience, safety, cost, and the shorter settlement cycle.