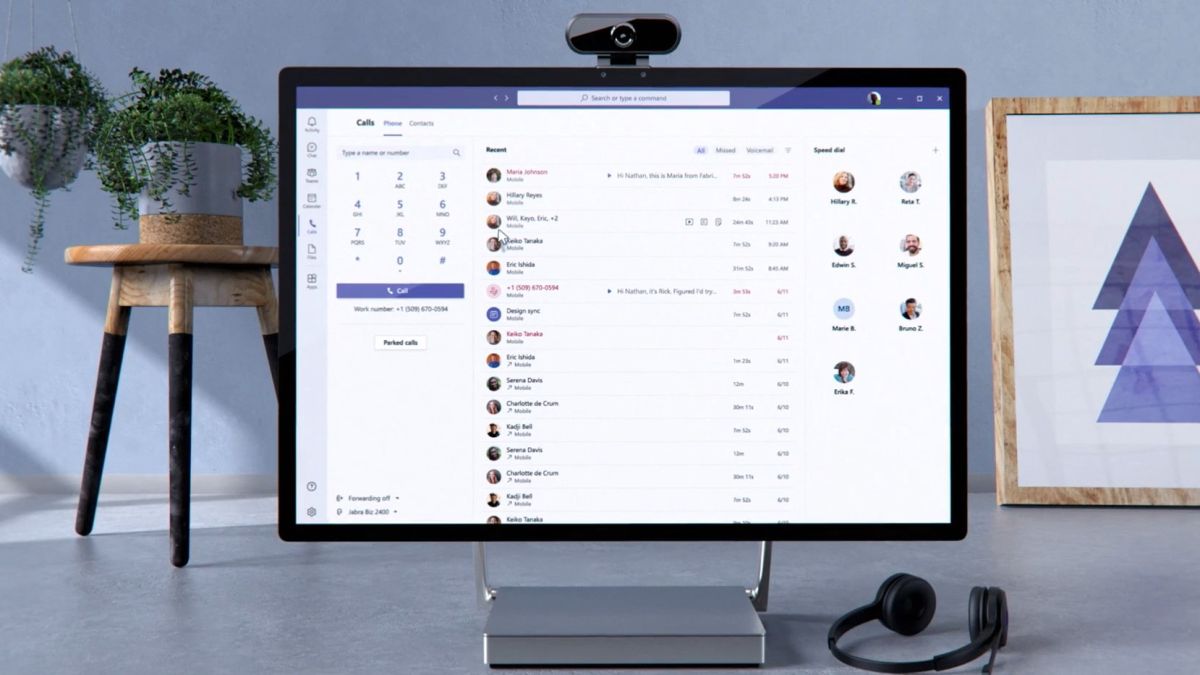 If you’re office isn’t already using a VoIP service to make and receive phone calls it likely soon will be as Microsoft has laid out its vision for the future of calling with Microsoft Teams Phone.

For those unfamiliar, every call made today is powered by two technologies: public switched telephone network (PTSN) which has enabled voice calling since the late 1800s and Voice over Internet Protocol (VoIP) which routes calls over an internet connection. Although PSTN calling is still widespread, VoIP calling is rapidly being adopted by businesses around the world.

As businesses adopt hybrid work models with some employees in the office and others working from home, Microsoft believes that calls between organizations will increasingly occur over VoIP due to its additional security and flexibility. For this reason, the company has announced several new Teams Phone capabilities to help support the future of work.

Bringing calling into the flow of work

As part of its latest series of updates to Teams Phone, Microsoft wants to bring calling into the flow of work as opposed to it being a siloed experience.

The first of the software giant’s new Teams Phone capabilities will allow users to seamlessly transfer calls between devices. Say your taking a call on your laptop and want to transfer it to your business smartphone, you’ll soon be able to do so by opening the Microsoft Teams app on the device you want to transfer the call to and tapping to move the call.

Spam calls can disrupt the flow of work which is why Microsoft has added spam identification features to Teams Phone that use advanced industry techniques to identify likely spam calls. At the same time, Teams digitally attests outgoing calls to prevent them from being rejected by external recipients.

Teams Phone users will also be able to take calls in their cars as Apple CarPlay support for Teams is now generally available. Users will even be able to join calls and meetings using their vehicle’s built-in controls or hands-free using Siri. Taking notes during a call can also be difficult when you’re on the go which is why Teams Phone will allow users to record and capture transcriptions of one-to-one calls by the end of 2021.

Users interested in learning more about Microsoft’s plans for the future of calling should check out this blog post that also goes into detail about how organizations can connect their existing telephony using Microsoft Teams.