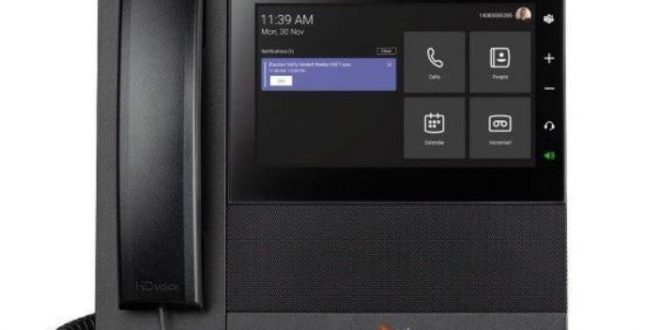 VoIP's Role in the Future of Retail – Programming Insider

Microsoft is adding new calling capabilities to its Teams collaboration platform. Some of these added features are available now and others will begin rolling out in 2021.

Microsoft is making calling features like the dial pad, call history, voicemail, contacts and settings into a single location to streamline its calling experience, officials said on December 1. Teams admins can opt to make OneDrive or SharePoint the default recording storage location (in lieu of Microsoft Stream), which makes sharing these recordings and associated transcripts with external guests easier.

Microsoft also adding the ability to Teams to identify potential spam calls. And it is adding CarPlay support to Teams so users can take advantage of the built-in controls — as well as Siri — in their vehicles to operate Teams. Call merge is available now for both PSTN and VoIP calls. The ability to transfer calls between mobile and desktop will be coming “starting in early 2021,” officials said.

Microsoft also is adding some business-specific calling features to Teams in the coming months. Starting in early 2021, Teams users will get the option to create new voice-enabled channels (in preview). This is meant to help integrate call queues into specific channels, which can be used by departments like IT or help desks. New “Survivable Branch Appliances” will allow users to place and receive PSTN calls during network outages. And call transfer ring-back is being added to the services available to Teams users to keep calls from disconnecting during transfers.

On the device front, Microsoft already announced that partners like Lenovo are building Teams displays — standalone small displays for Teams collaboration. Today, officials said that partners also are working on low-cost phones that will integrate natively with the Teams phone app. New phones are coming from Yealink and AudioCodes in early 2021, officials said.

To make Teams calling services and devices easier to buy and afford, Microsoft also has what’s called “Teams Device as a Service.” Via this offer, Microsoft makes available monthly payment plans that include Teams devices. This is available already in the U.S. and coming to unspecified additional regions in 2021.

All of these features announced today are in addition to other new Teams calling features that Microsoft unveiled earlier this summer.

VoIP Phone System for Running a Startup From Home if ( 0 === window.location.hash.indexOf( ‘#comment-‘ …