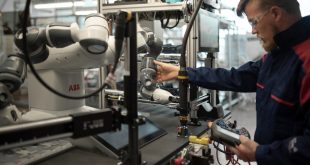 Survey: Chinese want 5G, but that might be bad for operators – Light Reading

Japanese company Rakuten Mobile Network has conducted a 5G trial in collaboration with Nokia and Intel as it prepares to shift from a mobile virtual network operator, to building out its own network. Rakuten used the Nokia AirScale base station and the Intel 5G Mobile Trial Platform for the technology trial.

The trials were carried out from June at the Nokia Kawasaki Technology Center located in Kanagawa Prefecture in Japan to evaluate fundamental 5G capabilities in the 28 GHz frequency band. Rakuten and Nokia said they have verified a number of 5G applications, including 4K video and 3D, 360-degree VR live streaming.

Rakuten Mobile Network, owned by Japanese e-commerce giant Rakuten, received approval for its ‘Special Base Station Deployment Plan’ in April 2018 and aims to launch its first services as a mobile network operator in October 2019. The company already operates as a mobile virtual network operator.

“I am convinced that the next generation of mobile broadband and the internet of things, enabled by 5G, will transform virtually all sectors of society and industry, and further accelerate the opportunities to advance in healthcare, education, energy services and agriculture, and within new industry applications,” said Tareq Amin, CTO of Rakuten Mobile Network. “The results of our trials highlight the importance of realistic 5G [over-the-air] testing and reinforces the potential of 5G networks, taking us a step closer towards actual deployment.”

“Like Rakuten, we are convinced that the next generation of mobile broadband and the internet of things, enabled by 5G, will transform virtually all sectors of society and industry. We are pleased to partner with Rakuten to demonstrate the 5G capabilities for enhanced mobile broadband and industry 4.0 applications,” said Marc Rouanne, president of Mobile Networks at Nokia. “Performance of the 5G applications rely on a quality end to end network, built on secure radio and cloud technology. Nokia is committed to deliver this based on our Future X architecture and openness,” Rouanne said.

Rakuten Mobile Networks had previously said that it aims to launch mobile services via its own network in 2019. The company also said it aims to acquire at least 15 million subscribers in an initial phase.

The Rakuten Group has over 1.2 billion users around the world and offers a variety of services including e-commerce, online travel reservations, credit cards, online banking, online securities, messaging applications, and payment services.