from the whac-a-mole dept

Every year or so, the FCC unveils a new plan to combat robocalls it claims will finally tackle the annoying menace. Granted, year after year, the problem either gets worse or stays relatively the same. We’ve already noted that this is generally due to few things: one, a steady erosion by the courts (and lobbyists) of what the FCC can or can’t actually do when it comes to various annoyances like automated spam texts or live robocalls.

The other issue is that regulators and policymakers tend to frame the problem as one exclusive to scammers — when a wide variety of telecoms, marketing, and debt collection companies use all the same dodgy tactics to annoy consumers they often know can’t pay anyway. If you hadn’t noticed, trying to craft rules that leave huge carve outs for “legitimate” companies while still hamstringing outright scammers generally doesn’t work very well. You’ve also got to craft rules and systems that allow robocalls people want (medical and dental appointment reminders, for example).

Even when only talking about scam robocalls, there’s still room for meaningful improvement. The steady adoption of SHAKEN/STIR authentication technology has helped crack down on phone number spoofing. Targeting “gateway providers,” who act as a proxy here in the U.S. for robocalls originating overseas, could also help.

Meanwhile the FTC says it’s also going to start filing lawsuits against voice over IP (VOIP) companies that fail to cooperate with investigations into illegal robocalls:

“Companies that receive FTC Civil Investigative Demands must promptly produce all required information,” said Samuel Levine, Director of the FTC’s Bureau of Consumer Protection. “These demands are not voluntary. Companies that don’t respond fully, or don’t respond at all, will have to answer to a federal district court judge, as these cases demonstrate.”

The agency receives upwards of two million consumer complaints about robocalls every nine months. The YouMail Robocall Index indicates that there are still 3.9 billion robocalls placed to U.S. consumers alone every single day, or 5.3 million robocalls per hour. And again, contrary to the narrative generally seeded by regulators, most U.S. robocallers aren’t “scammers”: they’re cable companies, banks, and debt collectors. 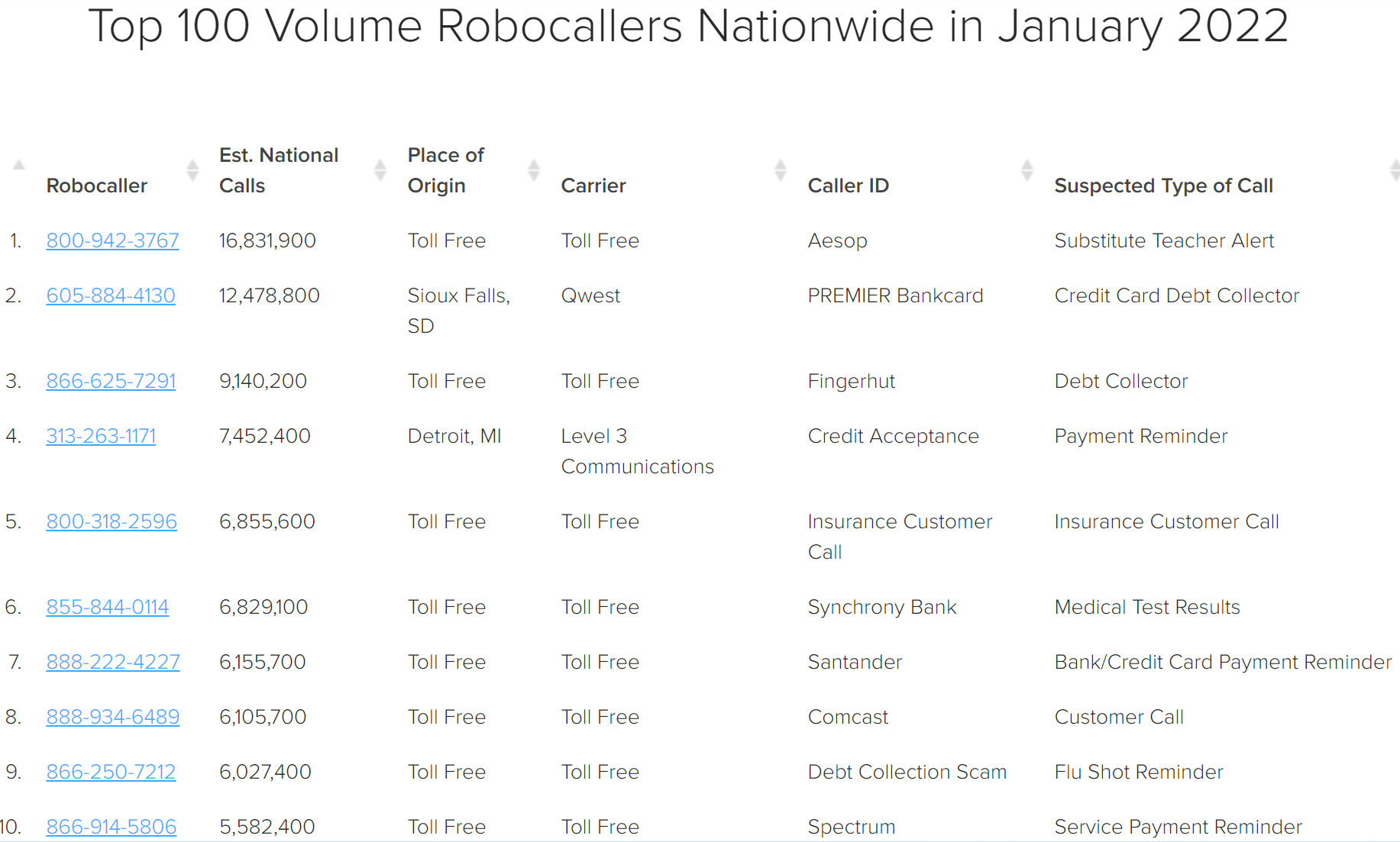 And while a lot of the calls are companies calling about overdue bills, many of these calls cross a line into outright harassment. Many of these companies know the customers they’re reaching out to can’t pay; yet the National Consumer Law Center (NCLC) has repeatedly testified before Congress that these robocallers can sometimes call folks upwards of hundreds of times a day, even after being asked to stop. And they often use many of the same tactics used by outright scammers.

As with everything at the FTC, it’s a matter of resources. The agency is tasked with tackling everything from bleach labeling to home heating system repair scams, generally with limited staff and funds. And while the FCC and FTC dole out a ton of fines against robocallers, the vast majority of them are simply never paid or collected. Either because the target company is a scammer that’s hard to find, or they’re a deep-pocketed corporation that can litigate any penalties for ignoring robocall rules into oblivion.

Again though, you’ll notice focus remains on “illegal” robocalls, which is a problem when the courts and lobbyists keep weakening the definition of what constitutes a “legal” robocall and what regulators can do about it. The broader the definition and the more loopholes allowed to make sure large, “legitimate” companies can continue to annoy and harrass people, the easier they are for outright scam robocallers to exploit.

Thank you for reading this Techdirt post. With so many things competing for everyone’s attention these days, we really appreciate you giving us your time. We work hard every day to put quality content out there for our community.

Techdirt is one of the few remaining truly independent media outlets. We do not have a giant corporation behind us, and we rely heavily on our community to support us, in an age when advertisers are increasingly uninterested in sponsoring small, independent sites — especially a site like ours that is unwilling to pull punches in its reporting and analysis.

While other websites have resorted to paywalls, registration requirements, and increasingly annoying/intrusive advertising, we have always kept Techdirt open and available to anyone. But in order to continue doing so, we need your support. We offer a variety of ways for our readers to support us, from direct donations to special subscriptions and cool merchandise — and every little bit helps. Thank you.