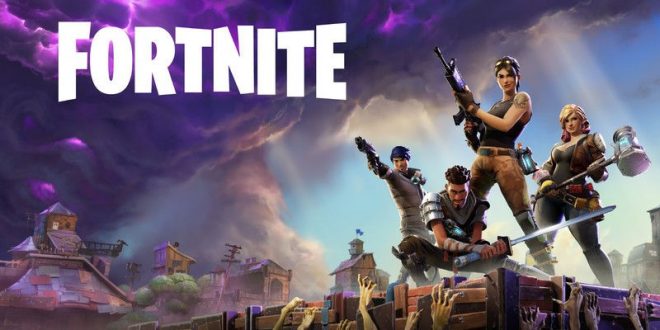 Fortnite is the world’s biggest game right now, breaking into the mainstream with celebrities and normal gamers alike indulging in Epic Games’ battle royale shooter on PS4, Nintendo Switch, Xbox One, PC, and iOS. It’s telling that the most popular game right now isn’t on the largest platform — Android. Yes, Fortnite for Android doesn’t have a release date aside from a nebulous “summer” launch window. In fact, there has been little information forthcoming regarding the Android release of Fortnite, other than a list of Android devices that would be compatible with the battle royale sensation at launch, which later turned out to be completely unofficially. All this has left potential Fortnite gamers on Android in the lurch.

That’s not to say Epic is abandoning all pretences of an Android release, far from it. In fact we won’t be surprised to see Fortnite Android have a beta too, similar to the weeks leading up to the Fortnite iOS release. Though one can’t help but feel that it could be too little too late.

At this point in time, Fortnite’s monetisation on PC and iOS has plateaued with the PS4 and Xbox One contributing to most of its growth as of May this year.

“Fortnite hits a new high but growth is slowing down. We estimate that Fortnite made $318 million across all platforms in May, up seven percent from April. The majority of growth came from console, with mobile and PC both coming in flat compared to April,” research firm SuperData recently observed.

Despite seemingly ‘flat’ returns on iOS, the game still managed to earn more than its competition, PUBG Mobile. Though this data hides a long-term concern — the lack of an Android port is a missed opportunity.

Thanks to being on Android (as well as iOS), PUBG Mobile dominates Asia and China according to data agency SensorTower, with the US making up only 30 percent of PUBG’s revenue. This makes Fortnite’s loss as PUBG’s gain. Particularly in markets that have no access to PCs, consoles, or iOS devices out of cost concerns or personal preference such as Asia where Android rules supreme.

Aside from being on Android, PUBG Mobile is no slouch when it comes to bringing new features to the game, receiving updates aplenty ranging from visual improvements, the Royale Pass (PUBG Mobile’s equivalent of the Fortnite Battle Pass) and even seasonal events. Plus, it’s exceedingly well optimised — to the point where the game run brilliantly even on low-end smartphones. Fortnite on iOS, while serviceable, doesn’t run as smooth as it could on anything that’s not the latest hardware from Apple.

Also, all versions of Fortnite are the same and follow the same update cycle, which is at the core of Epic’s promise. This would mean a large chunk of the Android user base on mid-range and low-end devices would be ignored because you need a bare minimum to work with in terms of specifications such as GPU and storage space. While we’re still awaiting a Fortnite Android release date, PUBG Mobile on Android will get even bigger with a roadmap that should see its PC-specific maps like Sanhok making it to smaller screens soon enough.

Finally, without an Android version, Fortnite’s main premise of being a game you can play anywhere and everywhere on any platform falls flat. In many ways it already has. Fortnite isn’t as much as a universal success as Epic Games would have you think.

Imagine a situation where Fortnite Android is out and a large chunk of the Android populace can’t play it? Precedent has been set thanks to Epic’s treatment of the Xbox One version of Fortnite in countries like India — the Xbox One version of Fortnite isn’t available officially thanks to the lack of servers of Epic’s part. Throw in Nintendo’s absence, and the cross-platform, play anywhere dream of Fortnite falls apart in a lot of markets beyond the US. PUBG Mobile sidesteps all these concerns by sticking to mobile, while a separate version exists for PC and consoles (now Xbox One, but we won’t be surprised if PS4 joins the party soon).

All of this results in a situation where Fortnite’s dominance may not last. You can only ignore the biggest platform for so long before its audience moves onto other games. And judging by PUBG Mobile’s success in Android-dominated markets, they already have.

If you’re a fan of video games, check out Transition, Gadgets 360’s gaming podcast. You can listen to it via Apple Podcasts or RSS, or just listen to this week’s episode by hitting the play button below.