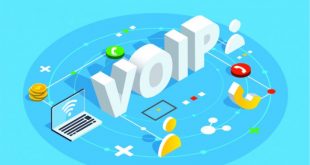 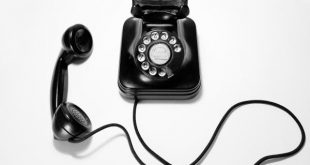 The move follows a call from 42 state attorneys general asking the FCC to adopt the expanded rules that prohibit malicious transmission of misleading or inaccurate caller ID information.

The Wireless industry is an ever-changing world where big ideas come along daily. Our subscribers rely on FierceWireless as their must-read source for the latest news, analysis and data on this increasingly competitive marketplace. Sign up today to get wireless news and updates delivered to your inbox and read on the go.

“The proposed rule changes would broaden the authority of the Commission to hold these criminals accountable for the significant harm they inflict on U.S. consumers,” the state attorneys general told the commission in May. “As State Attorneys General on the front lines fighting these scammers, we are acutely aware that many of these calls are coming from criminals, located overseas, utilizing caller ID spoofing, and we are also seeing more scams being perpetrated via text message, as contemplated in the RAY BAUM’S Act.”

The FCC said it received more than 35,000 complaints related to caller ID spoofing in the first six months of 2019 alone. The agency will vote on Pai’s proposal at its August 1 meeting.

“Scammers often robocall us from overseas, and when they do, they typically spoof their numbers to try and trick consumers,” said Pai in a statement (PDF).  “Call center fraudsters often pretend to be calling from trusted organizations and use pressure tactics to steal from Americans.  We must attack this problem with every tool we have.  With these new rules, we’ll close the loopholes that hamstring law enforcement when they try to pursue international scammers and scammers using text messaging.”

Pai’s proposal is the latest FCC effort to bat down the barrage of robocalls plaguing Americans, an issue that also has garnered attention from lawmakers.

In June, the FCC authorized telcos to identify and block robocalls without requiring subscribers to first opt-in.  Still, service providers are not required to provide robocall-blocking services and the ruling did not prohibit companies from charging consumers for such services.

The agency has also directed carriers to implement the STIR/SHAKEN caller ID authentication protocol and proposed mandating implementation if major voice providers fail to do so by the end of the year.

A bipartisan group of U.S. House lawmakers also introduced an anti-robocalling bill, the Stopping Bad Robocalls Act, while the Senate adopted its own legislation called the TRACED ACT.

<!– Loading… –> With IoT as a mighty power that will enable future smart cities, …