Everything You Wanted To Know About Call Detail Records – Android Headlines 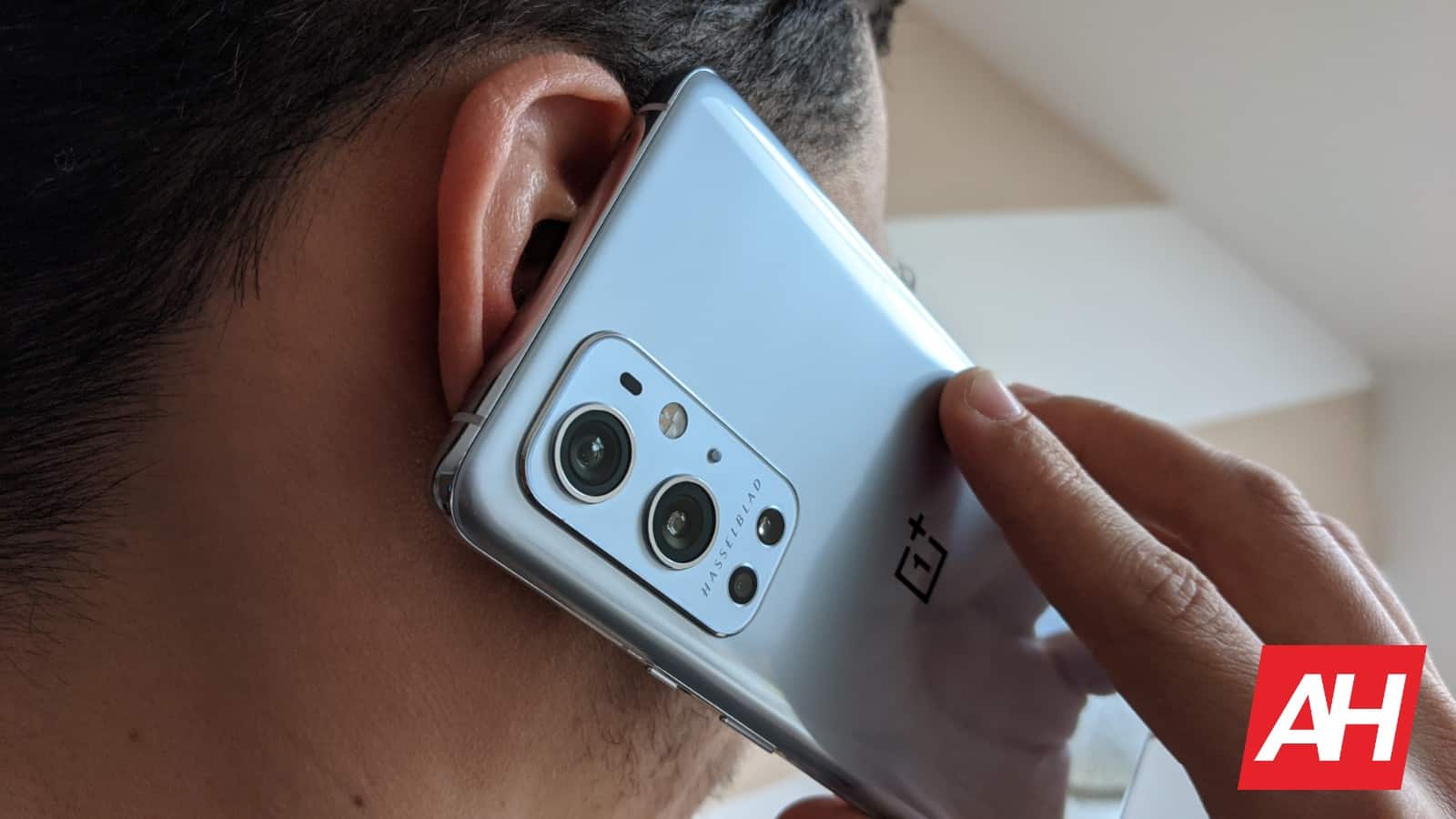 Call Detail Records, or CDRs, contain a record of telephone calls in a phone system or network. If the network is a phone carrier’s wireless network, the CDR logs all calls that pass through its wireless towers. If the network is a company’s Voice Over IP (VOIP) system, the CDR logs all incoming and outgoing calls. A CDR contains statistics about the call, such as call duration, and data about the call, such as the phone number from which the call was placed. The data that is captured depends on the type of network and software used to collect it. CDRs can be used by phone carriers for billing and to analyze, troubleshoot and improve their networks. Companies use CDRs to monitor employee phone usage and to manage phone expenses. Police and government agencies also use CDRs for anti-terrorism and law enforcement purposes.

What is a Call Detail Record?

A call detail record is simply a record of a telephone call or text message. The data it contains, how it’s formatted, and how it’s used vary based on the organization that’s logging the calls and the types of calls it handles. A CDR at a cellular or wireless service provider is a log of a wireless call that passes through the company’s cell towers. If the call switches wireless towers, each segment of the call at a different tower has a separate CDR. Call detail records also log Short Message Service (SMS), or text messages. Landline calls, however, are tracked separately in what’s called a toll log.

A company that manages its own VOIP phone network or a company that provides VOIP services to other organizations also uses call detail records. The CDRs at these companies usually represent all incoming and outgoing calls, regardless of whether they originate from a VOIP or wireless phone. Just as a wireless carrier log calls as they move from tower to tower, the VOIP CDRs follow a call on its journey through the organization and log each extension the call goes to separately. Calls within or between VOIP systems are usually free because there’s no need to interface with a telephone system, and these calls aren’t always logged in a CDR. Calls that originate from a machine rather than a human are often not logged in the CDRs, either.

How Does a Call Detail Record Work?

Software programs create call detail records as calls are placed and received. The data is typically stored in a database the software author chooses. Large service providers have their own proprietary software that handles storing, retrieving and analyzing call detail records. Companies with a VOIP system typically use open-source software, purchase a software package to run their VOIP, or pay a fee to a VOIP service provider that includes CDR functionality. When a call comes to the network, whether through a cellular tower or VOIP connection, the software assigns a call identifier (ID) to the call. That code remains with the call during its journey as it passes between cellular towers or telephone extensions.

What do Call Detail Records Include?

If you think of a call as a record of data, call detail records contain data about the data, or metadata. They do not contain any information that includes the content of a phone call or text message.

There is no standard set of metadata fields or format for call detail records. Some data elements are determined by whether the calls are wireless carrier calls or VOIP calls. Other variations depend on the software used to log calls in the CDR. However, there are a core set of data fields that most CDRs include, such as call ID, beginning date and time, ending date and time, caller’s phone number, phone number dialed.

If a call has more than one segment, such as a call that roams between cell towers or a call that’s routed to different internal phone extensions, each segment is logged individually. Some software programs also store an aggregate record for the entire call that includes its duration. Other software programs calculate the aggregate when it’s included on a report.

It’s important to make sure you have the identifying and demographic data fields you need to analyze call detail records because most CDR software enables you to query or search the CDR data. For example, a user might want to identify all calls made to or from a specific telephone number, calls from a particular extension, calls over a certain length, etc.

You can often use the data in a call detail record to look up or infer other data that’s not stored in the CDR. For example, the cell tower ID enables you to identify physical location of the tower, which indicates an approximate location of the caller at the specific date and time recorded in the CDR. You can often determine the identity of a caller by the phone number, IMEI number or phone extension. Once you know a caller’s identity, any other information you have about the caller can potentially be used to supplement the CDR information, such as address, billing information, call history, etc. You might need to export the CDR data using a standard file format and import the data into a different software package to aggregate, match and merge it with other data, create graphs, run reports and analyze the results.

How are call detail records used?

Call detail records are used in a variety of ways by different individuals and companies. Wireless and VOIP service providers use call detail records to determine how much to charge customers and to generate detailed customer bills each month. Many wireless service plans are measured by the number of minutes a customer talks on the phone each month and the number of text messages sent. A plan might have a certain number of minutes or texts included in the monthly price and a per-minute or per-text charge for minutes or messages in excess of the monthly maximums. Calls or SMS messages to and from international locations might also have different prices associated with them. Even when a service plan allows for unlimited talk and text, wireless providers use the CDR to create a detailed bill with a list of each call made and text message sent during the billing period. Customers might also have the ability to access current call and SMS activity online through their provider’s portal.

Companies that use CDRs with a VOIP system might use the data to manage their telephone costs and to monitor employee use of the phone network. For example, sales professionals that work primarily over the phone might be expected to place a certain number of calls to potential customers each month. The CDR can potentially provide the data to determine whether each salesperson achieved the objective. Large companies can also use CDR data to identify informal networks that exist within an organization. This helps a company identify key influencers and better understand how information flows through informal channels. A similar analysis might also be performed using email data. Individuals might use call detail records to obtain a journal of the phone calls made from their extension for documentation and billing purposes.

Call detail records can be one of the first indicators for network engineers that there might be a technical problem on a wireless or VOIP network. For example, if the call detail records show calls trying to connect unsuccessfully to a certain cell tower, it might be an indication that the tower has a problem. If there are slow or dropped connections, it might indicate that there is a hardware problem, such as a bad switch, on the network. If call quality deteriorates in a specific place on the network, it might be a sign of too much traffic that needs to be load balanced or rerouted. CDRs can help identify where problems exist on the network to more quickly identify and resolve them, often in real time.

The United States government uses CDRs to fight terrorism as provided for in the USA Freedom Act. Law enforcement officers commonly use call detail records when investigating crimes and prosecuting criminals. Unlike a suspect’s mobile phone, which can’t be searched without a warrant, call detail records are not protected by the fourth amendment and only require a subpoena. According to the U.S. government’s Privacy and Civil Liberties Oversight Board, in 2018, the government received more than 434 million CDRs based on requests for about 19 million phone numbers. State and local law enforcement agencies made more than one million additional requests for CDR information.

Some legal advocacy groups have criticized the use of CDR data because they believe prosecutors misrepresent its accuracy by presenting it as scientific evidence like DNA. For example, call detail data can be used to identify the cell tower a caller connected to during a phone call at a particular time, which identifies the approximate location of the person who made the call. However, the area in which someone could be located and have their call routed through a particular cell tower is very large, and physical location is only one factor of many that determine which cell tower a call uses. Defendants and jurors aren’t always told about the low accuracy of CDR location data.

Call Detail TechnologyCDR software is typically provided as part of a telephone system solution. It might be bundled with hardware, provided as a module of larger software suite or furnished as part of a broader phone service offering. Some organizations also use stand-alone software to supplement, visualize and analyze CDR data.

Can call detail records help me manage a call center?

There is a lot of valuable information contained in the call detail records that you might need to manage a call center. You might also be able to customize or extend the data fields that are automatically tracked. A series of custom reports might provide you with basic information and statistics to help manage a small call center. However, the software won’t have any call center-specific functionality that a larger call center might need to operate efficiently and effectively.

How long do CDR records need to be kept by law?

While the federal government has a regulation that requires landline toll log records to be kept for one year, there are no regulations that govern wireless, SMS or VOIP call records. Each carrier or service provider determines how long they maintain these records and usually publishes that information in a summary of privacy practices.

Can I use a separate CDR analysis tool in addition to the CDR software that comes with my VOIP system?

Yes. You should be able to use both tools, although you might have to export data from your VOIP system and import it into the analytical tool.

Does CDR software run on a Raspberry Pi?

Some small businesses run their VOIP systems using the open-source PBX software Asterisk, which has support for call detail records and runs on a variety of hardware, including a Raspberry Pi.

0Shares
0 0 0
Previous Incognia rolls out tool to fight fraud in mobile commerce – The Paypers
Next A guide to VoIP, the technology that lets you make voice calls over the internet – Business Insider