EE launches the UK's first 5G network bringing ultra-fast internet to tablets, smartphones and other gadgets that support the technology

EE launches the UK’s first 5G network bringing ultra-fast internet to tablets, smartphones and other gadgets that support the technology

By Tim Collins and Joe Pinkstone For Mailonline

EE has today launched its 5G data network to the public, marking the start of a new era in the UK’s mobile capabilities.

The BT-owned operator is initially launching in six cities – London, Cardiff, Belfast, Edinburgh, Birmingham and Manchester – with more to follow before the end of the year and into 2020.

5G technology is the next generation of mobile network and is expected to offer internet speeds several times that of current generation 4G. 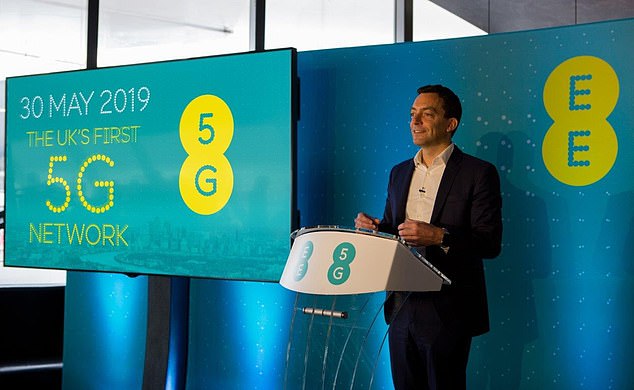 EE has today launched its 5G data network to the public, marking the start of a new era in the UK’s mobile capabilities. The BT-owned operator is initially launching in six cities. This image shows EE chief executive Marc Allera announcing the launch today

WHAT PHONES ARE 5G COMPATIBLE?

A number of 5G-capable handsets are available from Samsung, OnePlus, LG, HTC and Oppo.

Huawei has been left off amid ongoing tensions between the US and the Chinese company.

During last week’s 5G announcement by EE, chief executive Marc Allera said it had decided to ‘pause’ the sale of Huawei 5G phones.

He added that the firm won’t be stocking the handsets ‘until we get the information and confidence and the long-term security that our customers – when they buy those devices – are going to be supported for the lifetime that they’ve got the device with us’.

EE is planning to reach 1,500 sites by the end of 2019, including the ‘busiest parts’ of Bristol, Coventry, Glasgow, Hull, Leeds, Leicester, Liverpool, Newcastle, Nottingham and Sheffield. 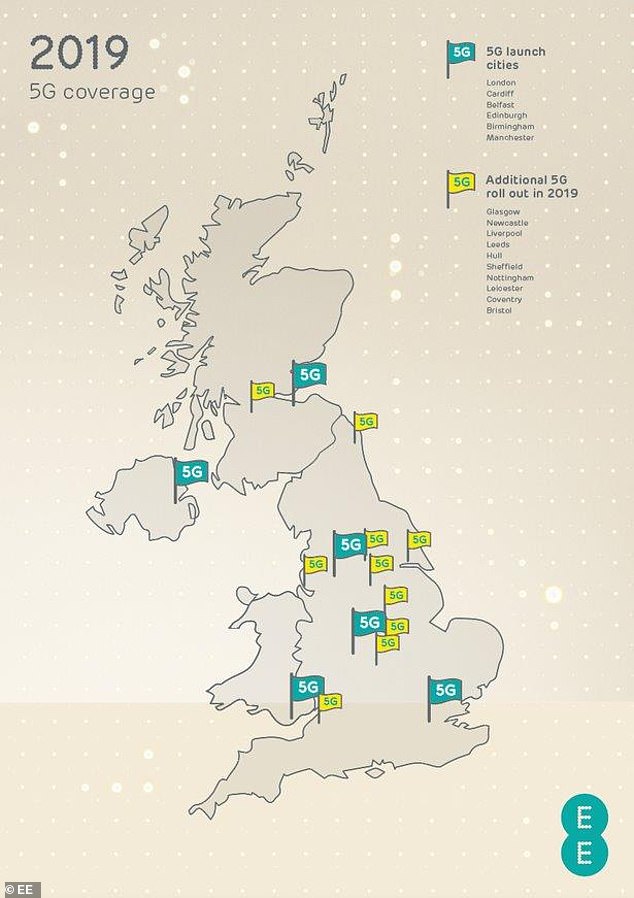 5G technology is the next generation of mobile network and is expected to offer internet speeds several times that of current generation 4G. This map shows where it is being rolled out

The operator celebrated the launch last night with a 5G-powered gig by London rapper Stormzy.

Vodafone has also been investing heavily in 5G and announced earlier this month its plan to launch in July.

Vodafone will switch on its 5G network for both consumers and business customers in seven cities across the UK on 3 July 2019.

It is also offering 5G roaming in Germany, Italy and Spain over the summer.

Vodafone may have been the first to announce an official date, but EE has undercut this by more than a month.

It will launch initially in seven cities, compared to EE’s six, with just London, Cardiff and Manchester hosting both networks.

Vodafone will also be in Birmingham, Bristol, Glasgow and Liverpool.

Myriad other smaller cities will then get 5G throughout the year, including Stoke, Blackpool and Portsmouth. 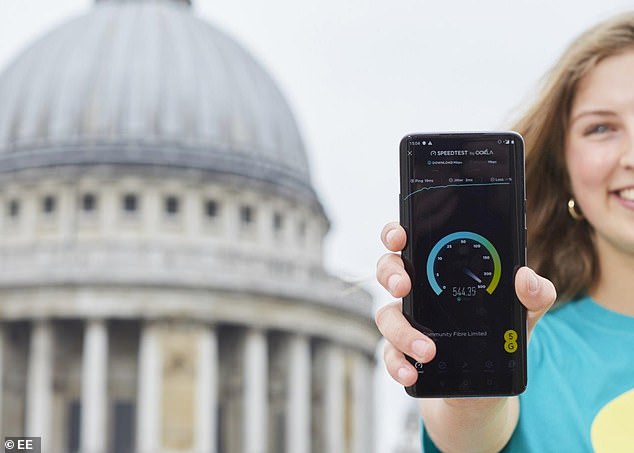 EE is planning to reach 1,500 sites by the end of 2019, including the ‘busiest parts’ of Bristol, Coventry, Glasgow, Hull, Leeds, Leicester, Liverpool, Newcastle, Nottingham and Sheffield (stock image)

O2 is also working on its 5G capabilities but appears to be lagging behind the other two in terms of established infrastructure and clear plans.

It said in February it will launch 5G in the UK at some point this year. It has yet to elaborate on this.

It also intends to start in just four places, earmarking the capital cities of the UK nations -Belfast, London, Cardiff and Edinburgh.

EE announced earlier this year it would test its 5G mobile network during Glastonbury as part of its trials of the technology.

EE has said it will install five temporary masts across the Worthy Farm site, which will enable festival-goers to connect to 2G, 3G, 4G and new 5G networks. 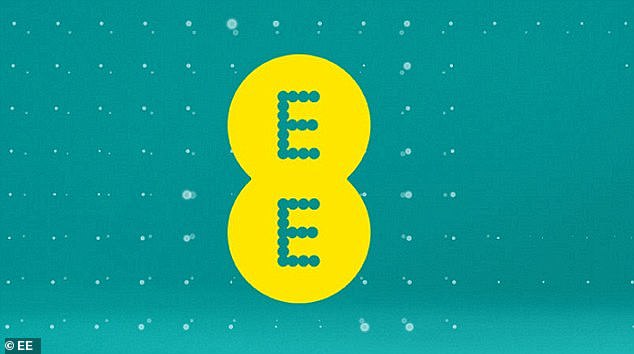 Pete Jeavons, EE and BT’s marketing and communications director, said at the time: ‘Smartphones have become a festival must-have as we’ve seen each year with more and more data being consumed at Glastonbury Festival.

‘As the long-standing technology partner to this iconic event, we are committed to building a network powerful enough to cope with this huge demand.

‘With the introduction of 5G this year, we are able to trial this new technology at Worthy Farm and make history as the UK’s first 5G-connected festival.’

Engineering firm RS Components, based in the UK, analysed the potential of 5G.

It found that download a movie on the go with 5G speed will allow you to download a HD Movie 50 times faster than 4G.

5G will download this in 13 seconds, whereas 4G it would take 10 minutes 44 seconds.

This can be improved to a download time of just three seconds at the maximum 5G download speeds.

4G and 5G can download your favourite song in under a second, yet it would have taken a 4 minutes 11 seconds with 2G and 3G while downloading an album could take around an hour.

WHAT IS 5G AND WHAT DOES IT DO?

The evolution of the G system started in 1980 with the invention of the mobile phone which allowed for analogue data to be transmitted via phone calls.

Digital came into play in 1991 with 2G and SMS and MMS capabilities were launched.

Since then, the capabilities and carrying capacity for the mobile network has increased massively.

More data can be transferred from one point to another via the mobile network quicker than ever.

Whilst the jump from 3G to 4G was most beneficial for mobile browsing and working, the step to 5G will be so fast they become almost real-time.

That means mobile operations will be just as fast as office-based internet connections.

Potential uses for 5g include:

5G is expected to be so quick and efficient it is possible it could start the end of wired connections.

By the end of 2020, industry estimates claim 50 billion devices will be connected to 5G.

The evolution of from 1G to 5G. The predicted speed of 5G is more than 1Gbps – 1,000 times greater than the existing speed of 4G and could be implemented in laptops of the future