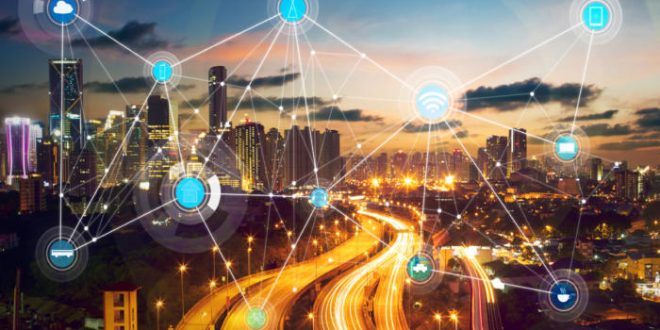 There is quite a rush on to build out edge computing networks, that vital link between the massive amount of Internet of Things (IoT) devices and data centers. One of the companies involved is newcomer EdgeMicro, which announced plans to deploy micro-data centers in 30 cities around the U.S. for an unnamed cellular partner.

EdgeMicro said “a leading North American mobile network operator” has begun verification tests of its technology. It did not name the operator, but if it’s a national operator covering 30 major cities, there are only four obvious candidates — Verizon Wireless, AT&T, Sprint, or T-Mobile.

Edge computing is an important step in making IoT work. The sheer volume of data generated by millions of IoT devices would overwhelm local cell towers and networks, not to mention data centers. The solution is to build out these edge networks to do the bulk of the processing work locally rather than sending it to a remote data center.

There are several reasons for the process, not the least of which is latency. Even as fast as networks are these days, they aren’t fast enough to handle all the network data coming from a smart car in, say, Dallas to a data center in Iowa and back. It’s better to process the data in Dallas and send the results back to the car in town.

EdgeMicro says it can deliver zero latency at scale, something not thought possible.

“This has enormous implications for a range of use cases that benefit from ‘zero latency’ networks. These applications with continuous feedback loops, include virtual reality, robotics, futuristic industrial automation, telemedicine, next-gen hosted and streaming gaming, driverless cars, and so much more,” said Anton Kapela, CTO of EdgeMicro, in a statement.

The microcontainers were jointly developed with the European power giant Schneider Electric and use EdgeMicro’s protocol called Tower Traffic Xchange (TTX), which will determine whether content is available locally or needs to be retrieved from the internet.

Edge networks are not unlike content delivery networks (CDNs) such as Akamai and Cloudflare, which act as a cache by placing content in dozens of data centers spread out geographically. It’s necessary because hyperscale data centers cannot meet this demand of IoT volume. But for edge networks, a new breed of vendors has emerged.

One company written about here before is Vapor IO, a startup that puts mini data centers called Vapor Edge Computing containers at cell towers. Schneider Electric has a line of micro data center modules, and Vertiv (formerly Emerson Network Power) has its own line of outdoor enclosures.

The market has major potential. Market research firm Markets and Markets says the micro data center sector could be worth an incredible $32 billion over the next two years.

Join the Network World communities on Facebook and LinkedIn to comment on topics that are top of mind.