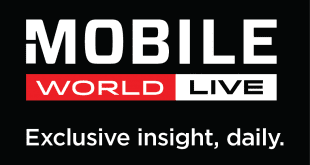 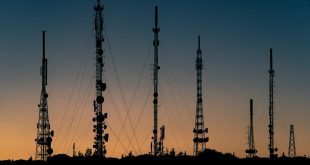 Amid growing tension between federal authorities and the telecom industry, Canada’s biggest cable and phone companies will decide within the next two weeks whether to seek a court appeal of a controversial CRTC ruling on wholesale internet rates.

The Canadian Radio-television and Telecommunications Commission requires large telecoms to sell wholesale access to their networks to third-party operators, who then sell internet service to their own customers. On Aug. 15, the regulator published a decision that set lower final rates for some wholesale internet services and ordered the large providers to make retroactive payments to the third-party operators. The companies can seek leave to appeal the decision to the Federal Court of Appeal within 30 days, which would be Sept. 14.

The decision spurred a rare public outcry by the large telecoms, led by BCE Inc. and followed quickly by statements from others, including Rogers Communications Inc., Cogeco Communications Inc., Shaw Communications Inc., Quebecor Inc. and Eastlink. The telecoms say the rates are too low and mean they must re-evaluate their capital spending plans in other areas, with BCE stating it will cut 200,000 homes out of a rural internet-expansion program.

The CRTC has not commented, but Navdeep Bains, the federal Minister of Innovation, Science and Economic Development, has said he is “deeply disappointed” by BCE’s statement and suggested the company is “holding rural Canadians hostage.”

The companies’ public statements included estimates of one-time charges they will incur owing to the retroactive payments – BCE, Rogers, Shaw, Cogeco and Quebecor collectively project payments totalling $325-million, while Eastlink said it will cut $50-million from its capital spending budget for the year. On top of those projections, analysts expect the big telecoms to launch a formal challenge to the ruling.

“We fully anticipate that an aggressive appeal will also get launched in due course,” National Bank of Canada analyst Adam Shine wrote in a report. Toronto-Dominion Bank’s Vince Valentini also predicted “harsh reactions from the major carriers,” such as appeals to the government or legal action that could lead to the decision being overturned.

In addition to a court action, the companies also have 90 days to appeal to the federal cabinet or to ask the CRTC itself to review its ruling.

“A regulatory cost hit like this has a real-world impact on our ability to invest in new infrastructure, so we’re looking at all options,” BCE spokesman Marc Choma said last Friday. Eastlink also said it is continuing to assess its options, including the prospect of an appeal, while the other companies did not offer updated comments.

“I really wouldn’t be surprised [if the big telecoms appealed],” said Matt Stein, chief executive officer of Distributel, one of the largest third-party internet-service providers (ISPs). He is also chair of the Canadian Network Operators Consortium, a lobby group for independent ISPs, which have welcomed the ruling.

“It sort of favours them to make the process take as long as possible,” Mr. Stein said.

The dispute over wholesale internet rates comes after signs that relations between the industry and the government were already growing tense.

In February, Mr. Bains announced a new policy direction to guide CRTC decision-making. It requires the regulator to place greater emphasis on new forms of competition, affordability, consumer protection and innovation. The new direction represents a move away from a previous focus on encouraging companies to invest in their own networks.

Since then, there have been indications the CRTC is taking a more aggressive approach. For instance, it is holding a public hearing to review the wireless market in January and has said its initial view is that some form of wholesale regulation is also needed for cellular services.

“[The Liberal government’s] initial sense was the Conservatives had adopted a very combative approach when it came to the telecom companies,” said University of Ottawa law professor Michael Geist, reflecting on the current administration’s approach. By the end of Stephen Harper’s last term as prime minister in 2015, the Conservative government was openly at war with the big telecom companies, a battle sparked over policies on wireless airwaves and the possible entry of Verizon Communications Inc. into the Canadian market.

“I think [the Liberals] had some kind of hope that they could move the needle on this issue, but do so in a more collaborative manner. But over the last two years, they’ve come around to the view that, in fact, that hasn’t worked.”

Now, with the federal election campaign about to start in earnest, telecom prices appear likely to be a talking point for all of the parties. “We’re almost at the point where you get the sense that the parties are going to see who can outdo each other in terms of beating up on the major telcos,” Mr. Geist said.

Your time is valuable. Have the Top Business Headlines newsletter conveniently delivered to your inbox in the morning or evening. Sign up today.


Source link
Previous How to block all incoming calls on Android phones – Android Central
Next No, 5G won't replace 4G (and other 5G myths debunked) – CNET

Telecoms.com periodically invites expert third parties to share their views on the industry’s most pressing …