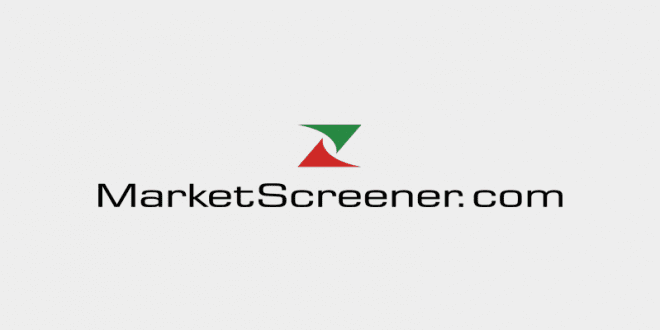 This has been a much-debated issue within the industry for years, and one that most expected the Federal Communications Commission (FCC) would decide for the entire country. However, the FCC has not acted, the court noted in its decision.

“Whether VoIP is a telecommunications service or an information service is a question that has been ‘raging for years’ in the telecommunications industry,” the court wrote. “Because the FCC has yet to classify VoIP as one or the other, courts have been left to make their own interpretations.”

The Missouri court didn’t attempt to decide this question of whether VoIP calls are a telecom or information service. However, it did find that language of the federal Telecommunications Act of 1996 “does not preempt state or local authorities from imposing and collecting taxes on providers subject to the Telecom Act.”

In essence, the court said, Missouri phone service providers are subject to local business taxes for whatever technology they use to get voice messages from one person to another. The question of internet or copper wire doesn’t matter.


The specific case,City of Winchester v. Charter Communications, has been winding its way through Missouri’s legal system since 2010 when Winchester first filed suit against two Charter Communications subsidiaries that were offering VoIP service to Missouri residents. Winchester, which eventually was joined by 117 other Missouri cities, argued that Charter was operating a telephone service and that it should be taxable.

Winchester, which is a suburb of St. Louis, specifically argued that Charter should be subject to the city’s 6% license tax on “every firm, person or corporation now or hereafter engaged in the business of supplying or furnishing telephone or telephone service” within the city limits.

Winchester and the other cities, however, pointed out that Charter’s VoIP technology allowed users to make telephone calls over the company’s broadband network to both other VoIP-enabled phones and to non-VoIP phones using traditional public switch telephone networks.

The Charter VoIP service was marketed as “Charter Phone,” and described in advertising as “not an internet phone service, requiring special phones and internet connections, but a traditional local and long-distance telephone service that makes use of the latest technology.” It even used a simulated dial tone and traditional phone numbers, and phones using the service could be plugged into phone jacks used by traditional phones.

In 2020 – after nearly 10 years of litigation – a trial court judge ruled in favor of the Missouri cities and ordered Charter to pay a total of $39,048,386 in damages, covering the unpaid taxes from July 2005 to December 2020, plus interest, attorney fees, and legal expenses.

In his decision, Judge Michael Jamison ruled that Charter, through its two subsidiaries, was providing a telephone service under a plain-language reading of the law. He ordered the company to pay the back taxes it owed.

Charter appealed arguing, in part, that the Telecom Act preempts Missouri cities from levying a business license tax on Charter’s VoIP-enabled voice service, because that service is not a taxable “telecommunications service,” but rather an “information service” exempted from local taxes by the federal law.


But on July 26 of this year, the Court of Appeals for the Eastern District of Missouri upheld the ruling in favor of the cities.

The Telecom Act, it said, contains specific language stating that “nothing in this Act or the amendments made by this Act shall be construed to modify, impair, or supersede … any State or local law pertaining to taxation.”

“By including this tax savings provision,” the Missouri court ruled, “Congress demonstrated its intent that the Telecom Act does not preempt state or local authorities from imposing and collecting taxes on providers subject to the Telecom Act.”

Therefore, the court concluded, the Missouri cities’ business license tax ordinances are “local laws pertaining to taxation” and since Congress specifically allowed for such taxes, Charter should have to pay.

Charter also had argued that the trial court judge was incorrect in deciding that it was providing a telecommunications service, because the cities’ laws did not specifically identify VoIP technology as a taxable service.

“We are unpersuaded,” the appeals court wrote. “It is not necessary for a statue to anticipate all technologies, such as VoIP, that may arise in the future. … To require such exactitude and foresight would defeat the purpose of generally phrased laws.”


Why is the Missouri court ruling against Charter significant?


The ruling won’t cripple Charter financially, and it won’t mean a huge influx of tax revenue forthe cities involved in the suit. For example, the original plaintiff, the city of Winchester, will get about $17,500 after fees and expenses.

However, the cumulative impact on the industry and all cities in Missouri is definitely significant.

As the appeals court noted, we’ve been hotly debating for decades within the communications industry whether VoIP is a taxable telecommunications service or a nontaxable information service, and we’ve been waiting for the FCC to rule on this.

The Missouri court decision, however, says that argument doesn’t matter so much, because existing tax laws that cover traditional copper-wire phone services can be extended to new types of voice communications – even if the new technology didn’t exist when the law was written. What else might they determine fits within this framework?

This ruling could move the Missouri Legislature to codify the court’s ruling into law, which could influence other states to take similar actions.

After years of waiting for the FCC to rule on this question of VoIP taxability, the states seem to be beating them to the punch.