AT&T Puts Its 5G Future In The Azure Cloud – Forbes 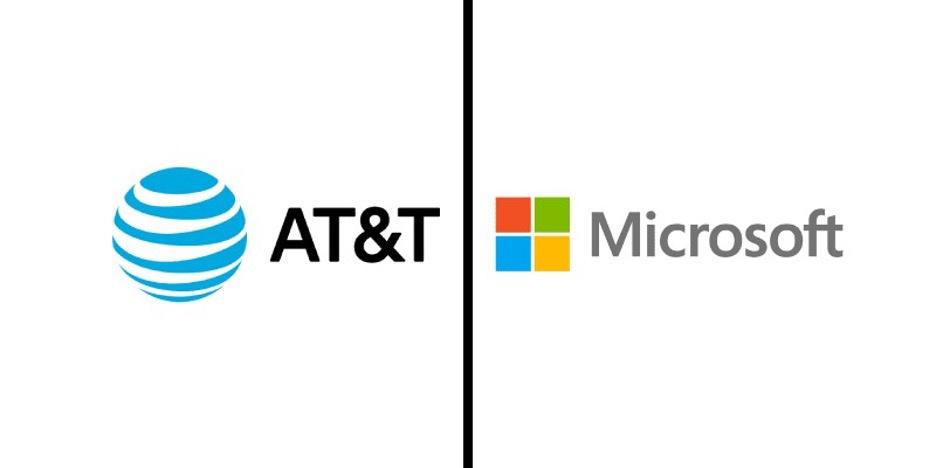 As an analyst, I follow all the tier one mobile network operators on the globe. Each is unique in regard to their subscriber base, vertical market focus and investment areas, and AT&T is no exception. The operator’s investment in research and development is impressive, as demonstrated by its Bell Labs efforts and Linux Foundation networking group contribution (see my past writing on the Linux Foundation here). AT&T is also a leader among its peers with respect to software-defined networking (SDN), an edge it’s held for nearly six years. Since accomplishing its lofty goal of virtualizing three fourths of its network functions by 2020, AT&T has shown the world the benefits: improved deployment agility, reduced capital expense and improved performance for mission-critical workloads.

All of that to say, I was not surprised by last week’s news regarding AT&T’s decision to transition its 5G mobile network to the Microsoft Azure for Operators cloud. AT&T and Microsoft executives briefed a select few, including me, ahead of the announcement. Today, I would like to share my insights.

The devil is in the details

I believe there are two key takeaways from the AT&T and Microsoft Azure for Operators announcement. First, Microsoft will integrate AT&T personnel and the intellectual property related to virtualized and containerized workload development. Second, Microsoft will be responsible for hosting all of AT&T’s network cloud development and deployment. It is important to note that AT&T will still manage all aspects of its network and new 5G service deployment, commercial applications and subscriber data. As a result, I believe that AT&T will leapfrog its competitors in the U.S. to become the first carrier to transition to a complete, end-to-end cloud solution (ahead of greenfield 5G mobile network deployments such as Dish Networks, Rakuten and Reliance Jio).

Azure for Operators has gained significant momentum in the past year as critical acquisitions bolster its telco cloud capability. I analyzed its progress a little over one year ago, and if interested, you can learn more here. There is no argument that Amazon Web Services is in the pole position among its peers for disrupting the telecom market. However, Azure for Operators is fast on its heels, and I like AT&T’s decision to partner with a hungry Microsoft that can lean into a significant set of software engineering capabilities.

Benefits that extend beyond AT&T

To be clear, developing and deploying a cloud-native architecture is not AT&T’s first rodeo (as we like to say in Texas!). AT&T designed its mobile 5G network cloud natively from the ground up. I believe that AT&T’s decision to host its network functions in the Azure cloud will facilitate a best-of-breed approach in delivering a highly available and scalable 5G network long term. Given AT&T’s prior investment, I liken it to an SDN 2.0 evolution. I also like that the partnership allows AT&T to focus on its core competency of 5G network build-out and Microsoft on evolving its cloud platform. AT&T has another advantage over many other operators given its keen vertical market focus on manufacturing, healthcare, education, public sector (including FirstNet), retail, financial services, sports and entertainment and more. To learn more, click here. One of the other compelling opportunities for AT&T is that Microsoft could also open access to its enterprise customer base for incremental service sales opportunities.

Beyond the synergies mentioned above, other operators that deploy Azure for Operators will benefit, given AT&T is sharing its significant SDN intellectual property developed over the last several years and built on open standards. AT&T has a long track record in this regard, given its contributions to several Linux Foundation networking projects. These include:

AT&T has long led the charge for virtualized network functions, SDN, and cloudification. I believe that this recent announcement with Microsoft will further accelerate the operator’s momentum, given Microsoft’s best-of-breed approach and the potential access to new business customers. Some may be quick to dismiss AT&T for abandoning a critical aspect of its 5G deployment effort. However, I believe it is a smart long term move that will ensure a highly available and performance-optimized network for consumers and enterprises alike.

Disclosure: My firm, Moor Insights & Strategy, like all research and analyst firms, provides, or has provided research, analysis, advising, and/or consulting to many high-tech companies in the industry, including AT&T and Microsoft, cited, or related to this article. I do not hold any equity positions with any companies cited in this column.