A OnePlus 5G smartphone is headed to Sprint – CNN

The company announced Tuesday that a smartphone from OnePlus will now run on its 5G networks. OnePlus is one of several smartphone companies owned by BBK Electronics, a Chinese company that’s extremely popular in Asia.
The companies declined to share specifics on the smartphone model, price or potential release date. OnePlus debuted the OnePlus 7 Pro 5G in June with the launch of UK’s first 5G network.
The OnePlus device will join two other models, the Samsung Galaxy S10 5G and the LG V50 ThinQ, as well as a 5G hotspot device that runs on Sprint’s 5G network.
5G, known as the next generation of wireless technology, is now available in a growing number of US cities. It has been touted as a major breakthrough that will allow better video streaming and more technical advancements, such as connecting self-driving cars. 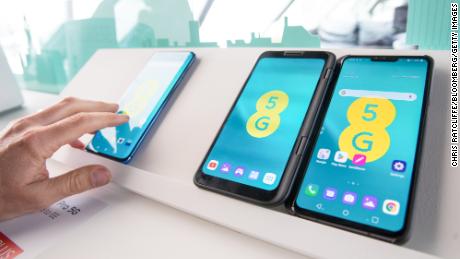 Sprint’s 5G network is currently accessible in parts of Atlanta, Chicago, Dallas-Fort Worth, Houston and Kansas City. It plans to launch in areas of Los Angeles, New York City, Phoenix and Washington, DC in the coming weeks.
Sprint’s network largely uses mid-band spectrum, which casts a much wider net of coverage, allowing 5G users the ability to access it both inside and outdoors. That’s how Sprint has committed to covering 11 million people with 5G by the end of the year. Other carriers, such as Verizon, use high-band spectrum which is even faster and more responsive but doesn’t travel as far.
OnePlus‘ parent company BBK Electronics recently nabbed the top spot for smartphone sales in India (30%) in the latest quarter that ended in June.