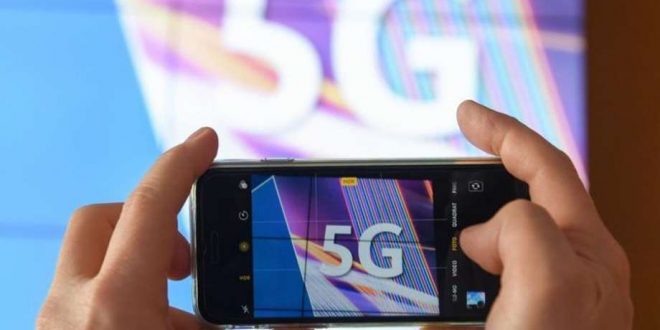 The next generation of high-speed mobile data, known as 5G, is live in many countries including the US, the UK and Australia. But as the new network rolls out, many misconceptions and confusion around the technology remain. Most recently, conspiracy theorists have tried linking 5G with the COVID-19 pandemic. This has resulted in people burning cell towers and many social media platforms, including Twitter, YouTube and Facebook, scrambling to curb the spread of this misinformation.

This isn’t completely surprising — 5G will have an impact on many people’s lives all around the world, so there are understandably still a lot of questions being asked. Not only will these 5G networks connect users to a super fast mobile network, but entire industries will benefit from the faster connectivity of 5G as well, like self-driving cars, drones and the internet of things. As the 5G rollout continues throughout 2020, it’s predicted that there will be 1 billion 5G customers by 2023.

To learn more about 5G, we’re debunking a few 5G myths. And if you want to know more about 5G in general, read our FAQ: Everything you need to know about the 5G revolution.

But the link between cancer and phones may be overstated. For one thing, a number of things that we encounter every day are considered to be carcinogenic hazards to some degree, including diesel fuel, aloe vera and pickled food. The aforementioned 2016 study also exposed male rats to levels of radiation that exceeded radiation levels that humans would come across from their cellphones.

Though it’s too early to be 100% confident, we do know that on Aug. 8, after more than six years of research and review, FCC Chairman Ajit Pai circulated a proposal to deem cellphones, including ones that use 5G, as safe. As CNET Senior Writer Maggie Reardon reported, that includes “current exposure levels for cellphones, wireless towers, Wi-Fi routers and all other devices emitting RF signals.” In addition, “Agency officials … don’t have any concern for new gear using 5G technology, including gear that uses millimeter wavelength frequencies.”

With the unprecedented outbreak of the novel coronavirus, many conspiracy theorists posited the idea that 5G is the cause of the virus. In addition, one Facebook user reported that Microsoft co-founder Bill Gates created 5G to decrease the world’s population.

These claims have no scientific merit. According to scientists, health experts and doctors, the new coronavirus is the virus that causes the COVID-19 disease, and is spread through person-to-person contact — not 5G networks or radio waves. For more of our coverage, read CNET’s FAQ, Coronavirus explained: Symptoms, lockdowns and all your COVID-19 questions answered.

Will 5G replace 4G? Will I need a new phone?

While you will need a 5G phone to access a 5G network, it doesn’t mean you need one to reap some of its speed benefits. In fact, as the next-gen network rolls out, you may experience faster speeds on 4G as well (more on that below). In addition, 5G is not replacing 4G altogether. Rather, it’s building on top of existing 4G networks. All major carriers in the US and around the world are a ways away from a solid network-wide rollout. Even if 5G is available in your area, your phone isn’t obsolete just yet. It will still work perfectly fine on 4G.

For more on this topic, read No, 5G isn’t going to make your 4G LTE phone obsolete.

But will my current phone be faster?

Taking that into consideration, those with 4G phones may see a boost in speed as 5G networks roll out. This is due to two reasons: dynamic spectrum sharing and carrier aggregation. Coming to the US in 2020, DSS technology allows carriers to employ the same spectrum band for 4G and 5G. As people transition to 5G, “lanes” for 4G will be kept open for smart home devices and users who aren’t on 5G yet. As more people leave 4G, its capacity increases and so will speeds.

Carrier aggregation allows carriers to combine 4G signals with other 4G signals, which will result in “a huge performance and capacity lift,” according to Verizon’s vice president of technology, Heidi Hemmer. 5G builds on 4G technology too, so you’ll also experience lower latency periods (aka: the time between when your phone pings the network and when it responds) as carriers develop their 5G networks.

Will 5G force me into an unlimited data plan?

Depending on the carrier the answer is most likely yes, for now. In the US, Verizon has four unlimited plans and three of them include 5G for an extra $10 a month on top of the regular plans. Two of AT&T’s unlimited plans include 5G (one is called “Extra” for $40 per line a month and the other is “Elite” for $50 per line a month). T-Mobile, which has merged with Sprint, is an exception in the US. Its 5G service will be unlimited but won’t cost more than its existing 4G plans.

In general, 5G plans will cost more but don’t expect carriers to be completely clear and transparent about it. As CNET Executive Editor Roger Cheng reported, “LTE didn’t cost any more when it first came out; you just needed to buy a new phone. But pricing models do change over time. Since 4G launched, carriers both took away unlimited plans and brought them back.”

Will 5G allow me to stream the best-quality video at all times?

Not necessarily, as this depends on your video streaming service provider and your plan. Netflix, for example, has a Basic Plan that only lets you stream videos in standard definition. There is a more expensive Premium Plan too, where you can watch high-definition and ultra high-definition videos when available. And while most devices support Hulu’s HD programming, its 4K Ultra HD content is currently only available on some devices included Apple TV (fifth generation or later), Chromecast Ultra, Fire TV and Fire TV Stick, Xbox One and more. Disney Plus, however, gives all subscribers access to 4K and HDR high-quality video.

Will 5G really allow for remote surgeries and autonomous vehicles?

Back at MWC 2019 in February, CNET Senior Reporter Shara Tibken witnessed what was billed as the first live surgery over 5G that involved a doctor consulting the surgeon from another location. The doctor was able to relay instructions and draw on a video of the patient in real time, as surgeons were performing the procedure.

While entire surgeries performed over 5G isn’t going to be possible right away, there is little doubt that 5G will revolutionize the health care industry. Surgeries performed in remote areas with a doctor located in a different location will be possible over 5G since the network can handle the high bandwidth, quick responsiveness and low latency required to carry out such an endeavor.

5G can benefit the industry in other ways. High-definition streams and sophisticated imaging of patients can bring health experts into the home, and emergency responders can get immediate mapping and terrain information when they are out in the field (say, a firefighter receiving the schematics of a burning building in real time on an AR headset).

As for autonomous cars, that won’t likely come around for many years, if at all. But 5G is seen as “an enabler” and an “accelerator” for self-driving cars when it comes to communication, latency and bandwidth, according to Dmitri Dolgov, chief technology officer at Google’s Waymo self-driving car business, in a May 2019 interview with VentureBeat.

In addition, CNET Senior Editor Stephen Shankland reported that “C-V2X, a communications technology using the same 5G networks coming to our phones, will allow vehicles to communicate wirelessly with each other, with traffic signals and with other roadside gear, improving both functionality and safety. “

Not exactly. While the US is ahead of some countries, such as China, Japan and Russia, with its 5G rollout, the switchover from 4G to 5G will be staggered. That means that while some pockets will have 5G initially, many larger areas will still be on 4G for a while. There are also many agricultural and rural areas in this country that still don’t have internet, let alone high-speed internet or mobile data. This upcoming 5G era may actually widen the gap even further.